Early representation of Japan in Lithuania 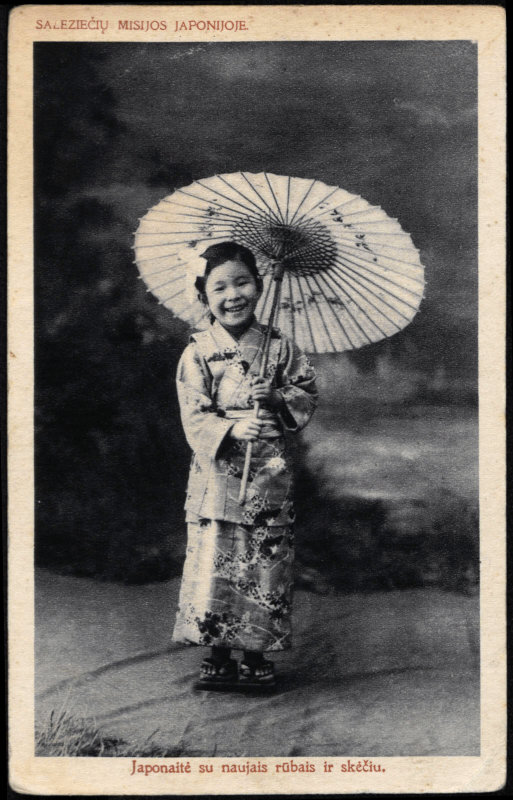 Benediktas Tiškevičius, Josef Pilsudski, and Matas Šalčius were the first Lithuanian travelers, who visited Japan and were able to share their impressions about this country in the 19th or early 20th century. However, going to Japan was a very rare thing, because Lithuanian people had limited abilities to travel and visit foreign countries at that time. Therefore, newspapers and other publications were among the main sources of information on such distant countries as Japan.

Despite the fact that there had been various publications about Japan in Lithuanian press since 1891, the vast majority of news and articles were translated from foreign news services or other sources. There were no Lithuanian reporters, who would live permanently in Japan. Consequently, a very generalized and exotic image of Japan was presented in the periodical publications and this distorted the picture of the country in some way.

The situation started to change after the articles of Lithuanian missioners spreading Christianity in Japan were published. The most active writers among them were the Jesuits and the Salesians. Of the latter, the most famous Lithuanian, who lived in Japan, was Albinas Margevičius.

Lithuanian press was banned in Lithuania from 1864; therefore, the periodical publications of the Lithuanian diaspora played a significant role in that period of time. 82 different Lithuanian newspapers and journals had been published in the USA during 1897-1940. Clearly, Lithuanian audience could get acquainted with Japan from various perspectives even though the Lithuanian language was banned in Imperial Russia.

According to the research, the first articles about Japan in the Lithuanian press were published in 1891. In Tilsit (now – Sovetsk) the catholic newspaper “Samogitian and Lithuanian Review” (lit. “Žemaičių ir Lietuvos apžvalga”) published a series of articles about the activity of Lithuanian missionaries. This series was divided in fifteen parts and described problems of the catholic missioners in Japan in the 17th century. 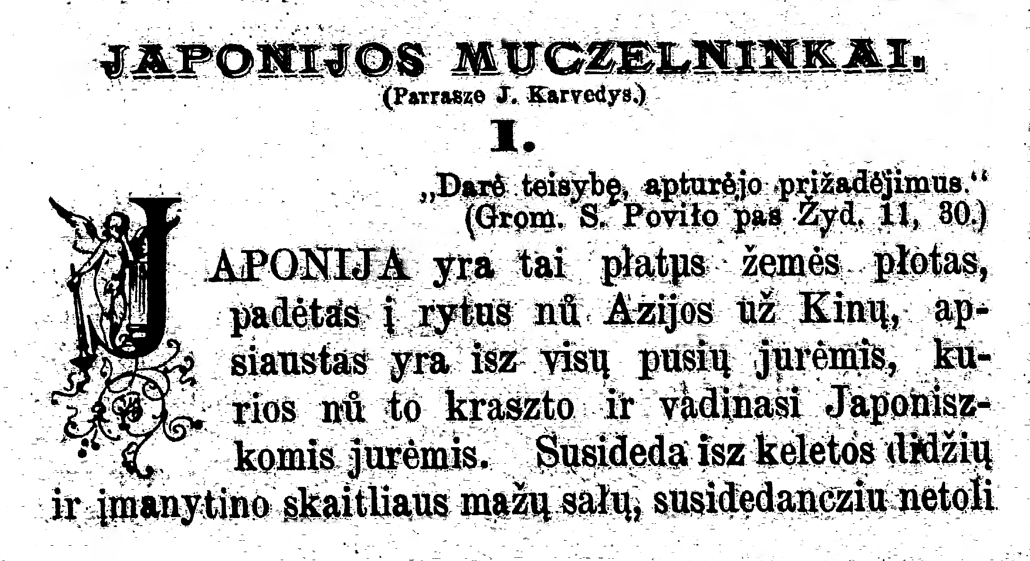 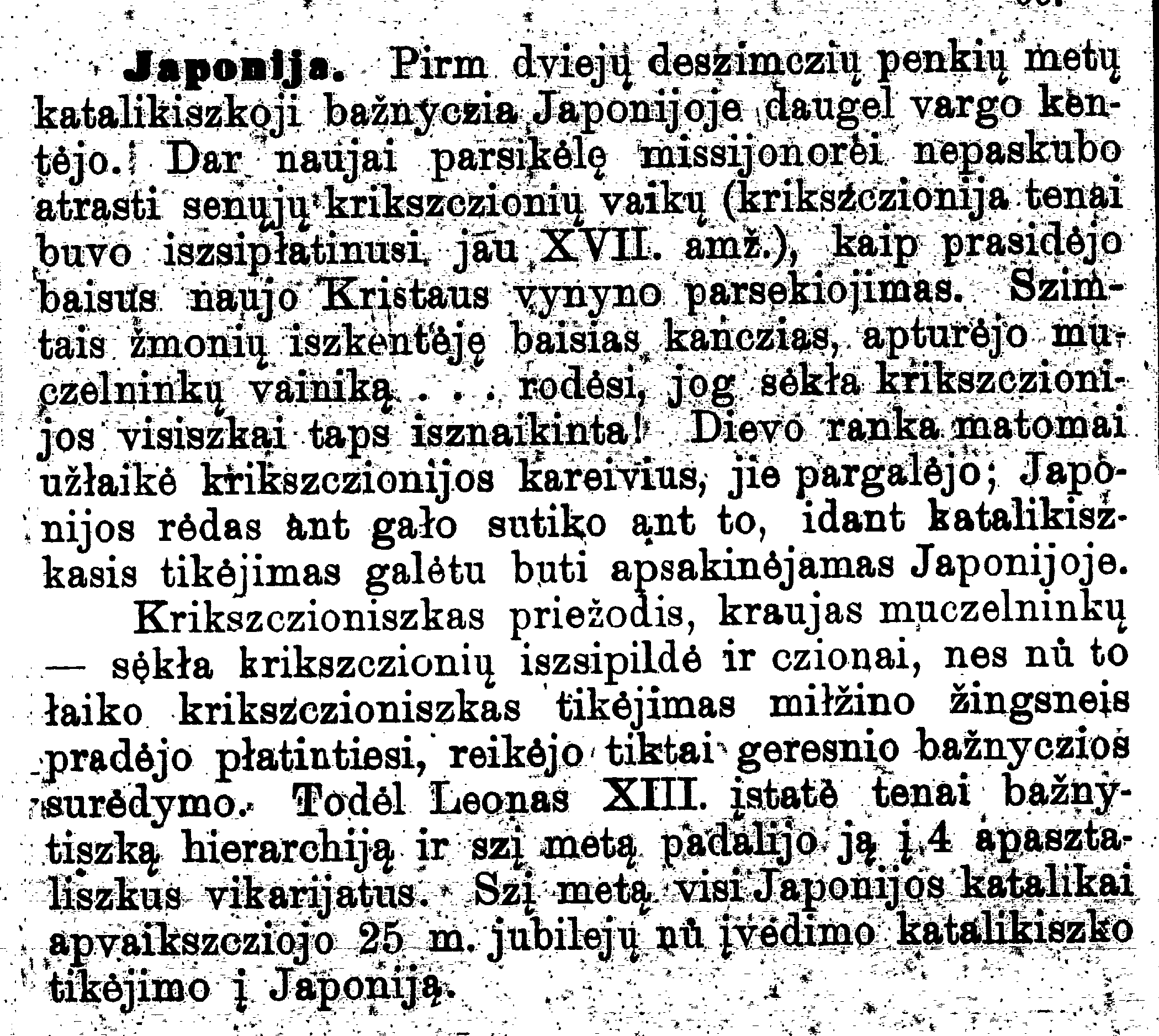 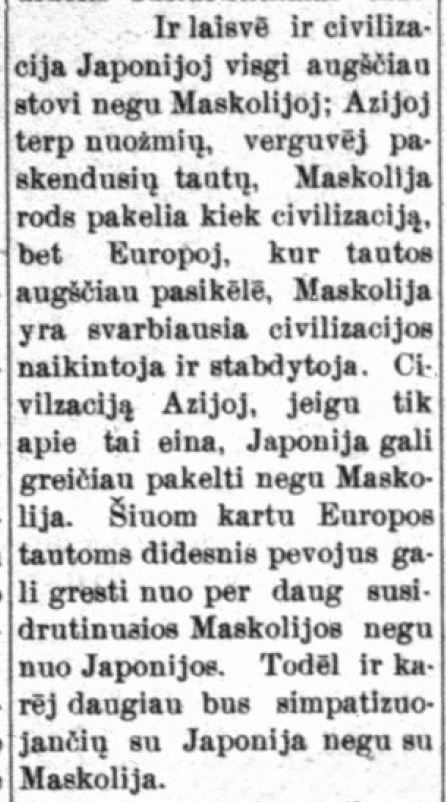 Lithuanian readers were interested in Japan as one of the most powerful countries in the world. Its sudden rise to the political, economic, and especially military arena was associated with the modernization as well as the adaptation of the Western culture.

There were various types of periodicals for different types of readers. Consequently, various perspectives regarding Japan could be noted – from fascination to critics. For example, a negative perspective was visible among the socialists. At the same time, representatives of cultural journalism presented Japan in a positive way. 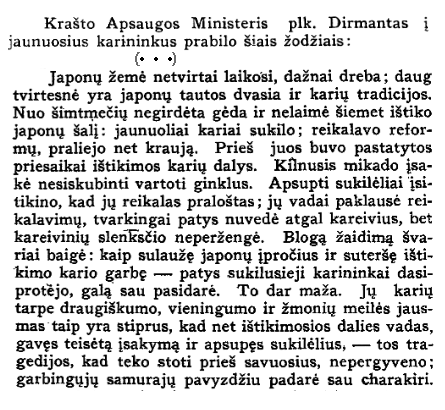 The image of Japan changed after the events on the 26th of February 1936 – there was an attempted overthrow organized by a group of young officers. Tighter censorship, unstable government activity due to frequent political assassinations, and the outbreak of the Second Sino-Japanese War led to the fact that Japan was considered to be a country suffering from domestic problems and following dangerous militarism policy. 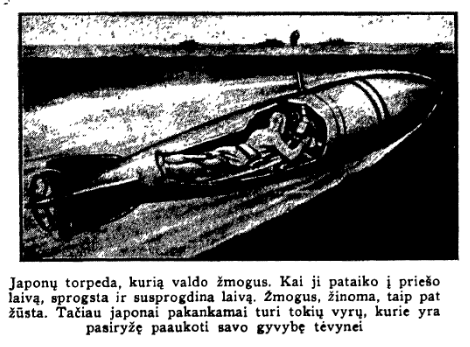 Two organizations of missioners which worked in Japan can be distinguished: the Jesuits and the Salesians of Don Bosco (SDB). Missions were strongly emphasized in both organizations. After special training, the missioners traveled to countries where Christianity was not widespread, including Japan. As a result, the first Lithuanians who lived in Japan for longer time were missioners. Consequently, their texts were a valuable source of information in the Lithuanian language about the country.

Japan as well as China and India were called countries of high culture in their texts. However, in many cases after the introduction of Japan and even the praise of the country for the progress of modernization, regrets regarding the religious situation in the country would follow.

The monthly magazine of the Jesuits titled “Missions” (lit. “Misijos”) was published during the interwar period in Lithuania (1930-1940). Many various publications about Japan could be found there. The magazines are richly illustrated, and photographs of everyday life, festivals, architectural objects develop the theme of Japan. Next to the short messages about news on the missionaries, there are articles describing the nature, culture, religion, holiday customs of the country. Also, there are very interesting detailed articles about the history and religion of Japan and the theme of the spread of communist thought is discussed in continuous critical articles consisting of two parts.

In 1926, the Salesians started to establish foster homes for children and old people and to administrate three churches in Miyazaki city, in Kyushu Island of Japan. Nine Salesians participated in the first mission and they were led by Italian priest Cimatti. Later Lithuanian missioners also joined the mission.

The most famous Salesian Lithuanian, who had lived in Japan since 1933, was Albinas Margevičius. However, he was not the only one living there. Petras Baršauskas arrived here in 1931. Also, in the publications of Lithuanian diaspora, it is stated that there was one more Lithuanian who lived permanently in Japan in 1949. However, many missioners finally decided to return to Lithuania, because they faced too difficult challenges in Japan – starting from the differences in daily life and ending to language complexity.

“Salesian Bulletin” (lit. “Saleziečių žinios”) was a periodical bi-monthly journal also published in Lithuanian. Letters of Father Cimatti were frequently published, and the first article in Lithuanian prepared by Albinas Margevičius was published in 1936. The stories about Japan were illustrated with various photographs and the texts presented the society, culture, and religion of Japan in detail.

Unlike the Jesuits, the Salesians attempted to present Japan more "from within" by presenting the daily life of ordinary Japanese and sharing translated light content, which followed the guidelines of Christian teaching but were warmer and less categorical in their tone. 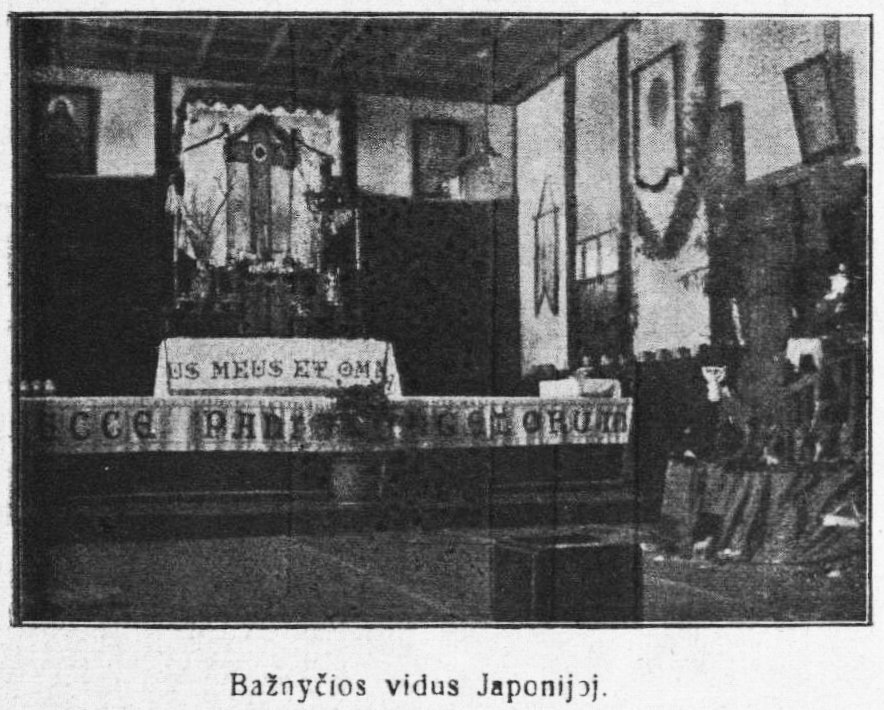 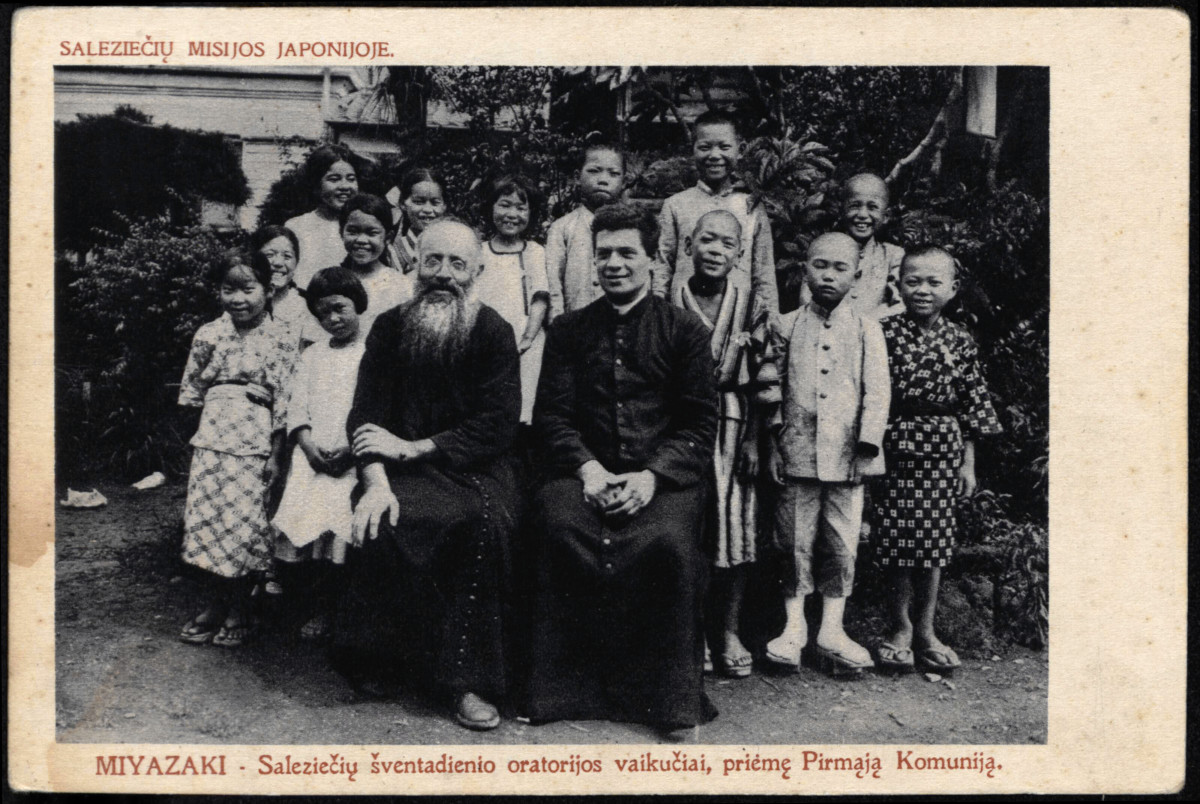 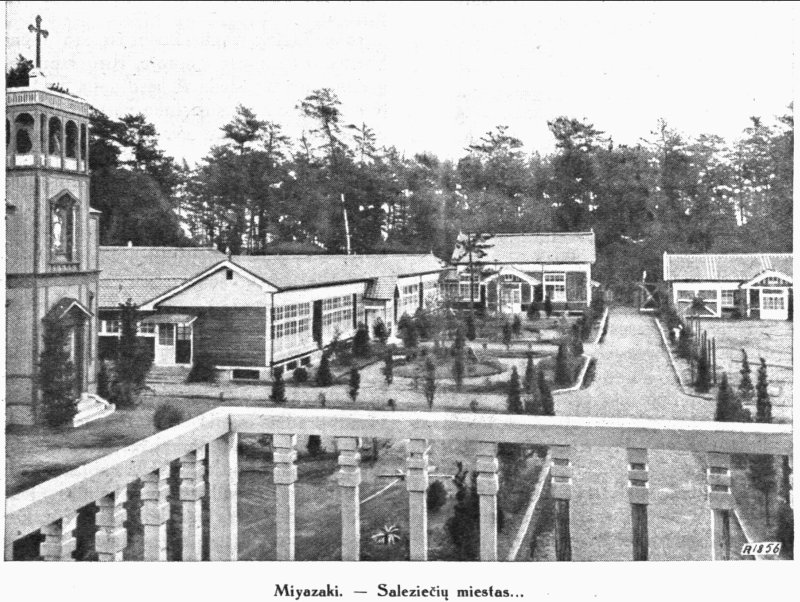 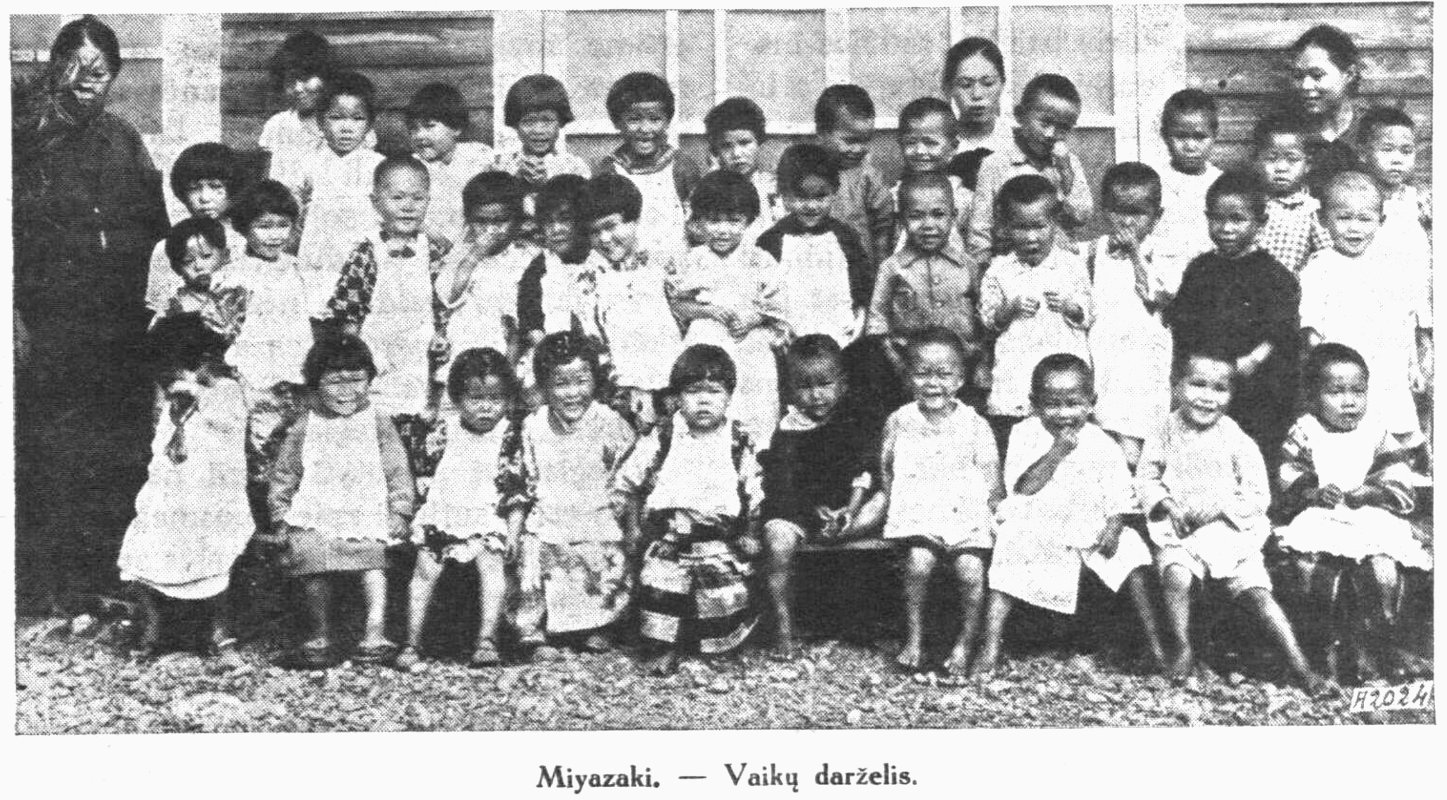 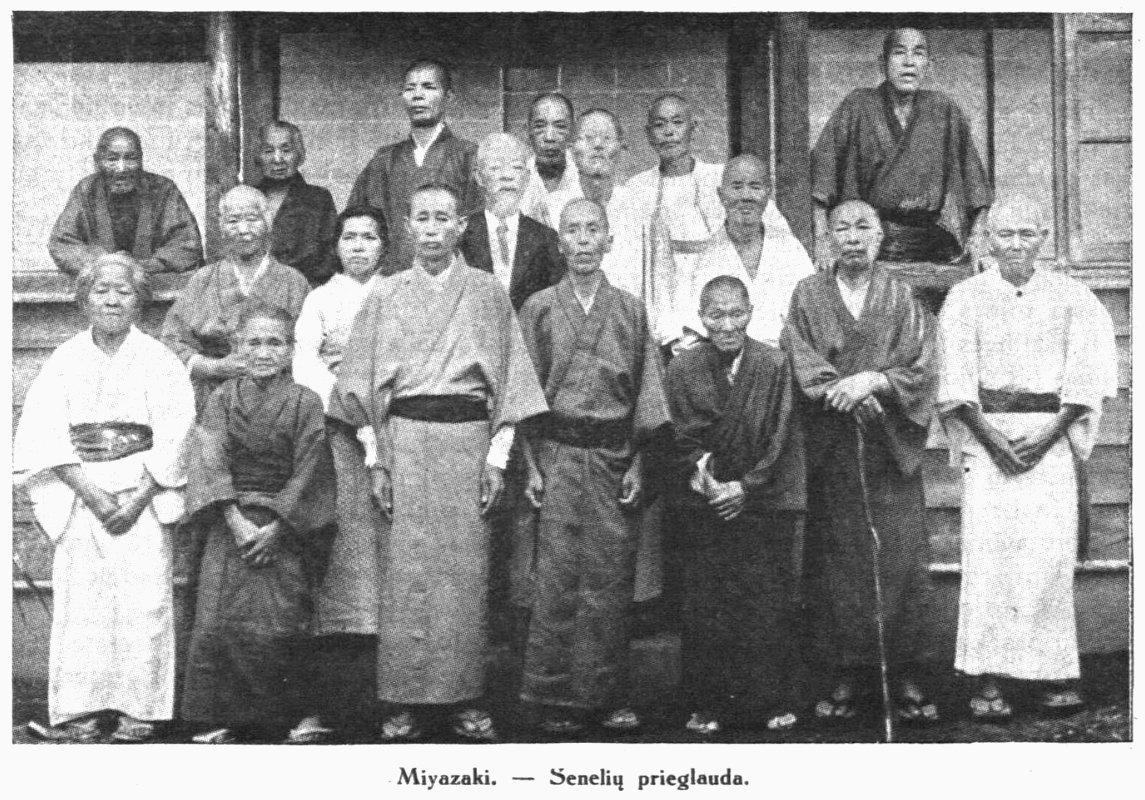 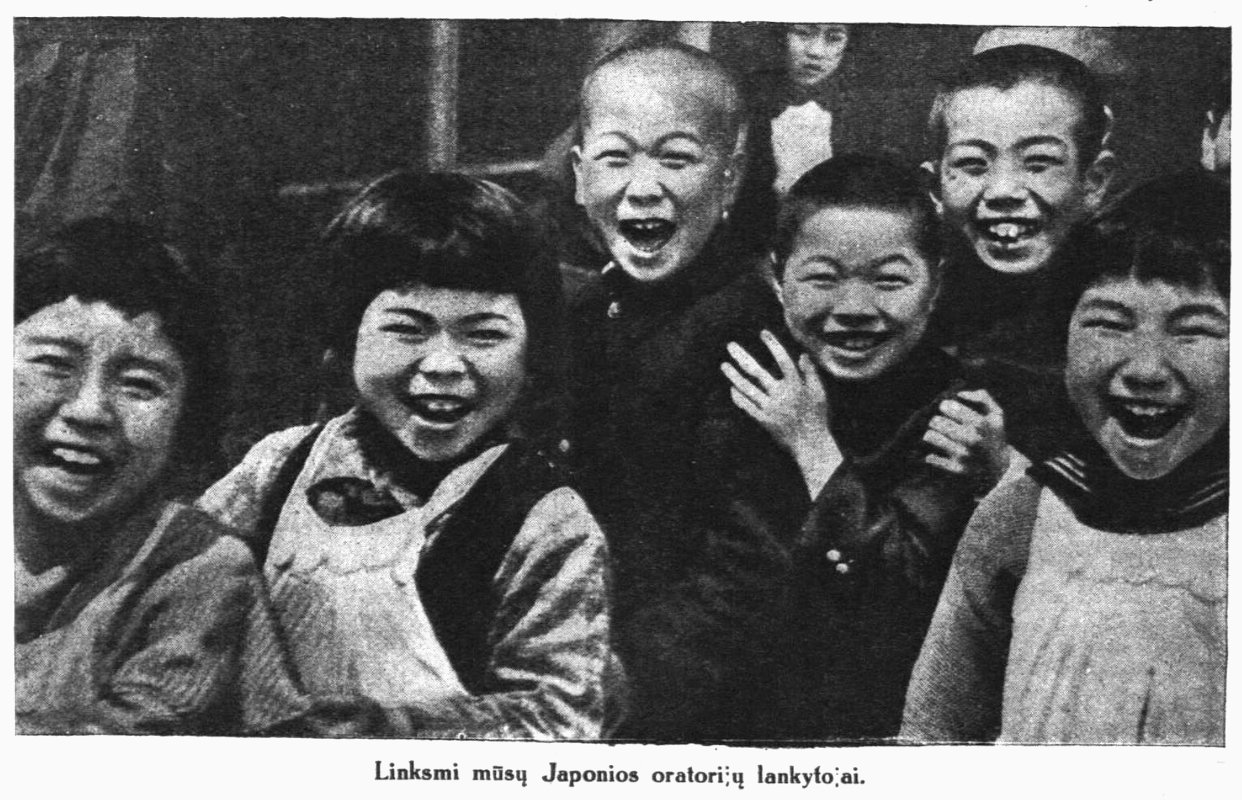 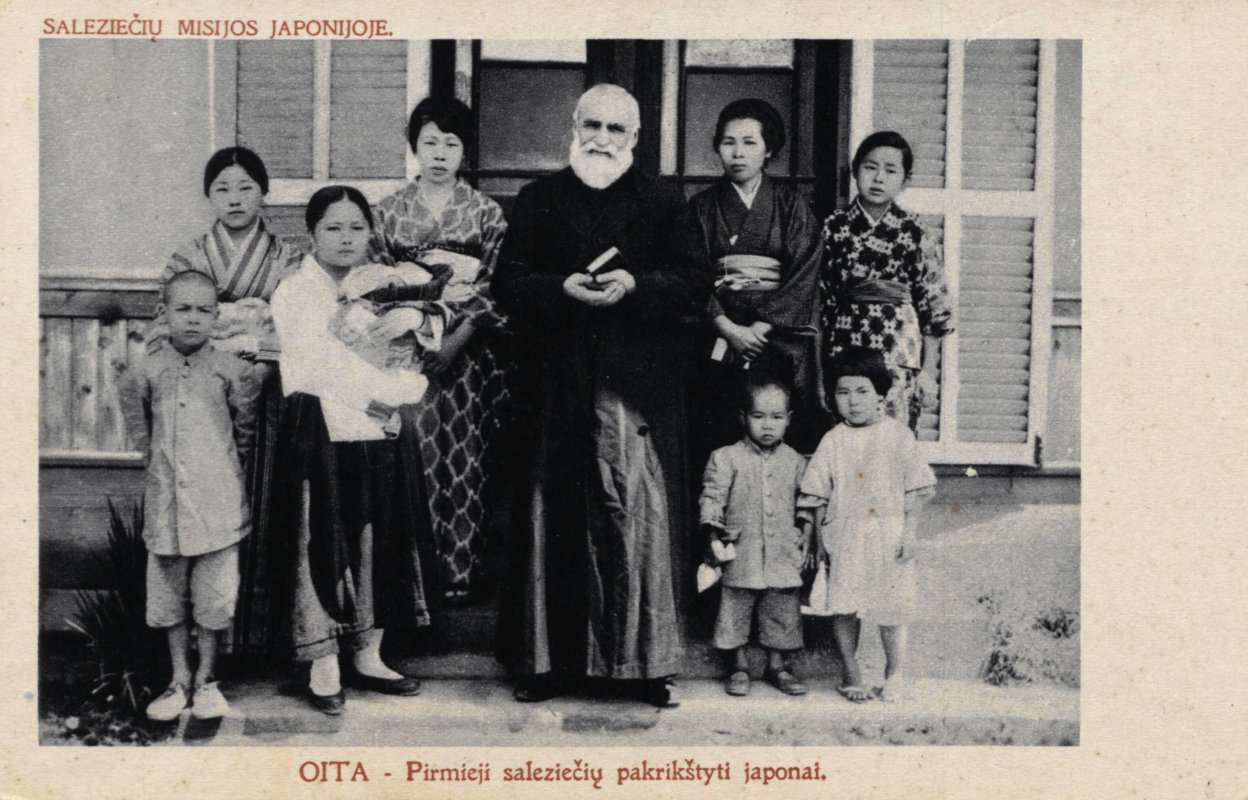 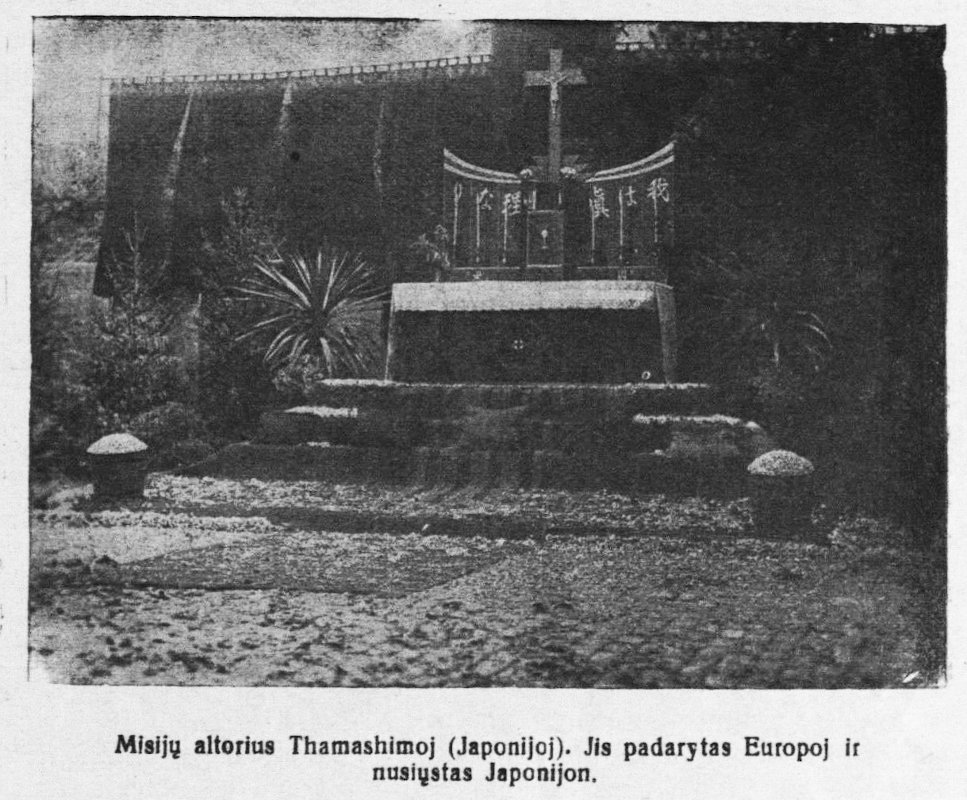 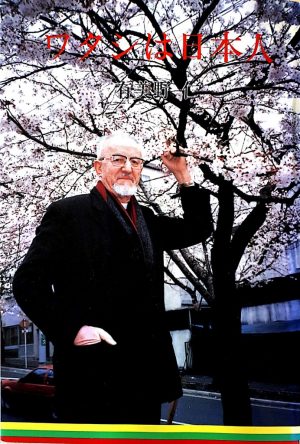 A. Margevičius lived in Japan from 1933 to 1988 and left many texts about this country. He admitted that Japan differs significantly from Lithuania in terms of language and culture. However, he found motivation and stayed in Japan until his death. He is the only person of Lithuanian origin, who acquired Japanese citizenship (1971), and published the autobiography “I am Japanese” (lit. “Aš - japonas”) in Japanese in 1987. On the other hand, he had never denied his Lithuanian origin – in his interview (1983) to the Toronto newspaper “The Lights of Homeland” (lit. “Tėviškės žiburiai”) A. Margevičius used perfect Lithuanian language.

A. Margevičius demonstrated a liberal worldview and attempted not to exoticize Japan as it was so common at that period of time. He did not avoid teasing those, who presented themselves as experts on Japan despite the fact that they had only a short time of contact with this country. Especially he directed his criticism over American troops deployed in Japan after the country’s capitulation. The main aspect of this criticism is the knowledge of Japanese language – A. Margevičius himself studied diligently this language because he clearly understood the significance of language for the knowledge of culture and society.