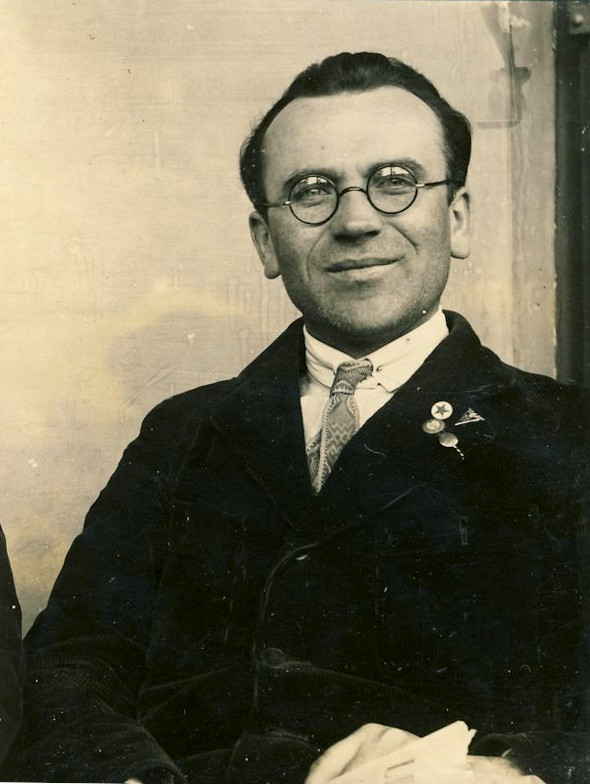 Matas Šalčius was one of the most colorful personalities in the interwar period of Lithuania. A teacher, journalist, translator, active founder of public organizations, creator, and supporter of the young Republic of Lithuania. In addition, M. Šalčius is famous for his passion for traveling. He visited distant lands, including East Asian countries, and spent 12 years of his short life abroad. When it comes to Japan, M. Šalčius went there three times.

Impressions of the journeys were recorded in his diary, letters, newspaper articles, and travel books, which were very popular at that time.

Life of twists and turns

It is impossible to list all positions and career moves of M. Šalčius in one intake of breath. Despite the fact that he was born in a small village, M. Šalčius became an open-minded person with great ambitions. Vivacious personality did not let him stay in one place longer and encouraged him to develop new plans, which sometimes looked quite crazy for other people. From today's point of view it seems that M. Šalčius was a curious citizen of the world, who had a close connection to Lithuania.

M. Šalčius was a harsh critic of Imperial Russia; therefore, he tried to avoid military service in the Imperial Russia Army after World War I had broken out. In 1914 he was included in the list of conscripts and transferred to Moscow; however, in the spring of 1915, he found a way to run out, took the Trans-Siberian Railway, and traveled to the East. Finally, he reached Vladivostok and managed to run away from Russia by taking a ferry to Japan.

M. Šalčius had spent about one and a half months in Japan and visited many places on the great Honshu Island. Postcards with images of Chikubu Island in Lake Biwa and Yokohama city, which were sent to his relatives, have remained. Apparently, M. Šalčius interacted with local people and was interested in the situation of Japan. It is proved by the fact that M. Šalčius had a penfriend – a student from the university Sukeo Murata. This friendship lasted a few years.

In May 1915, M. Šalčius had continued his journey to the east and took a boat to the USA. 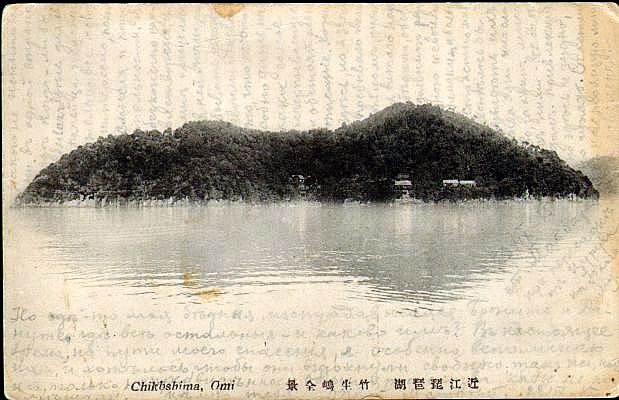 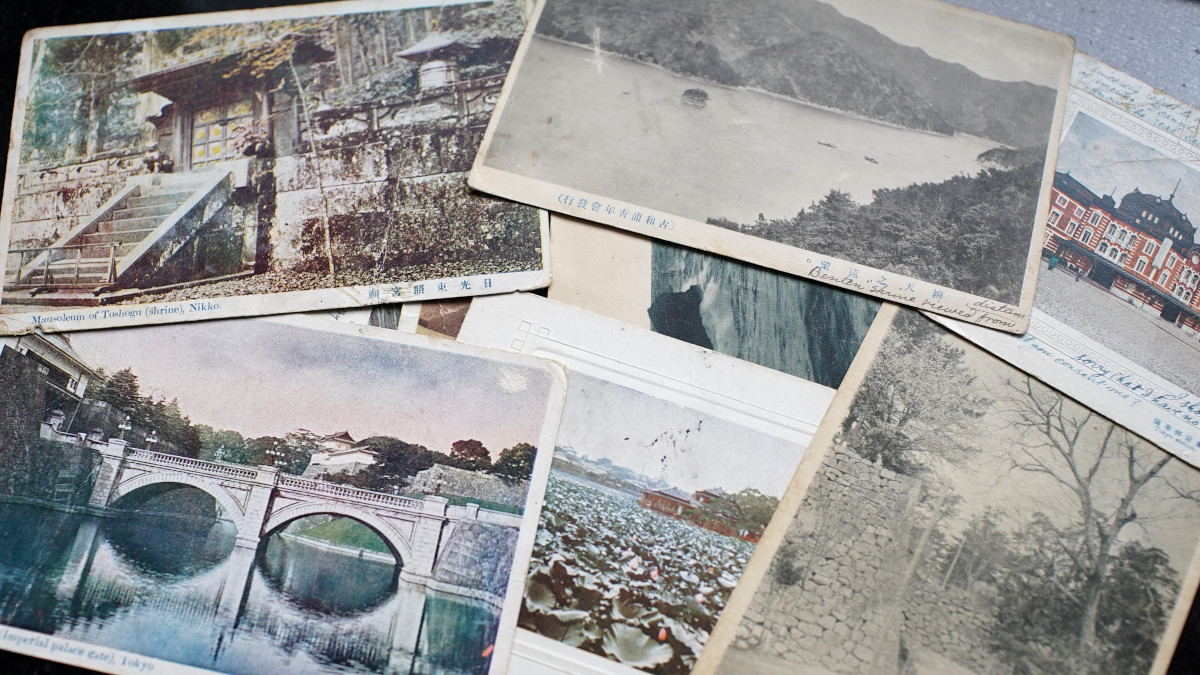 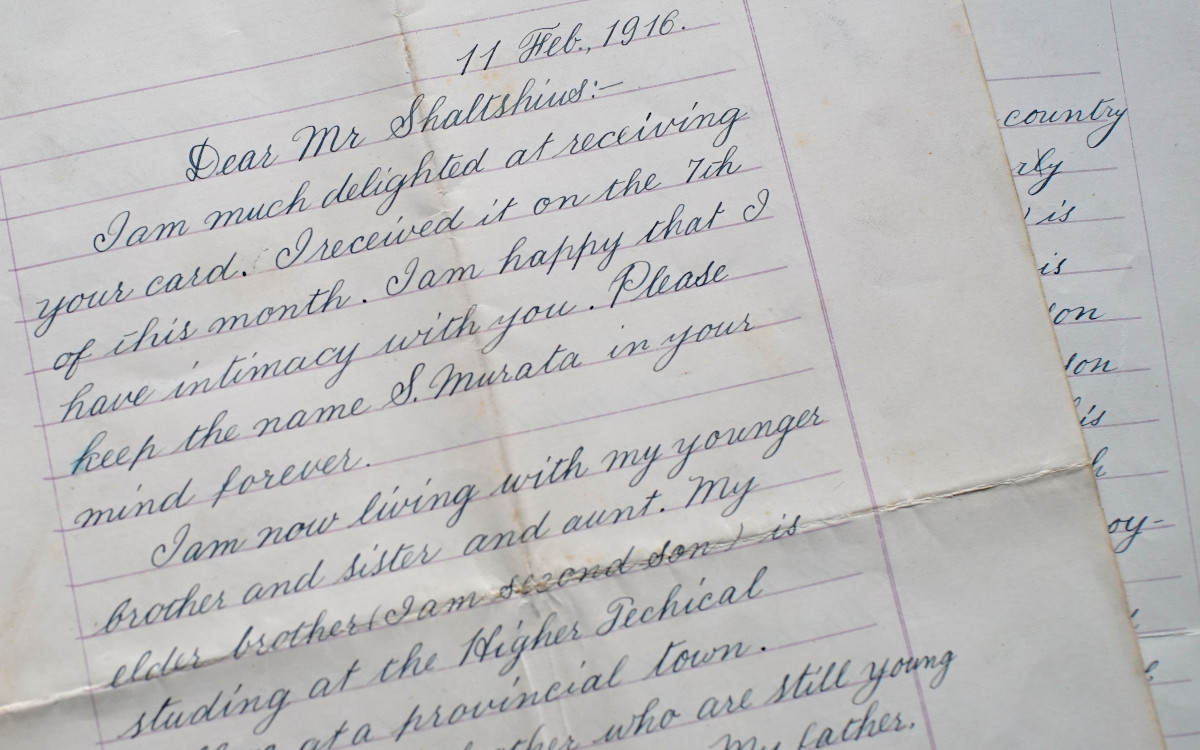 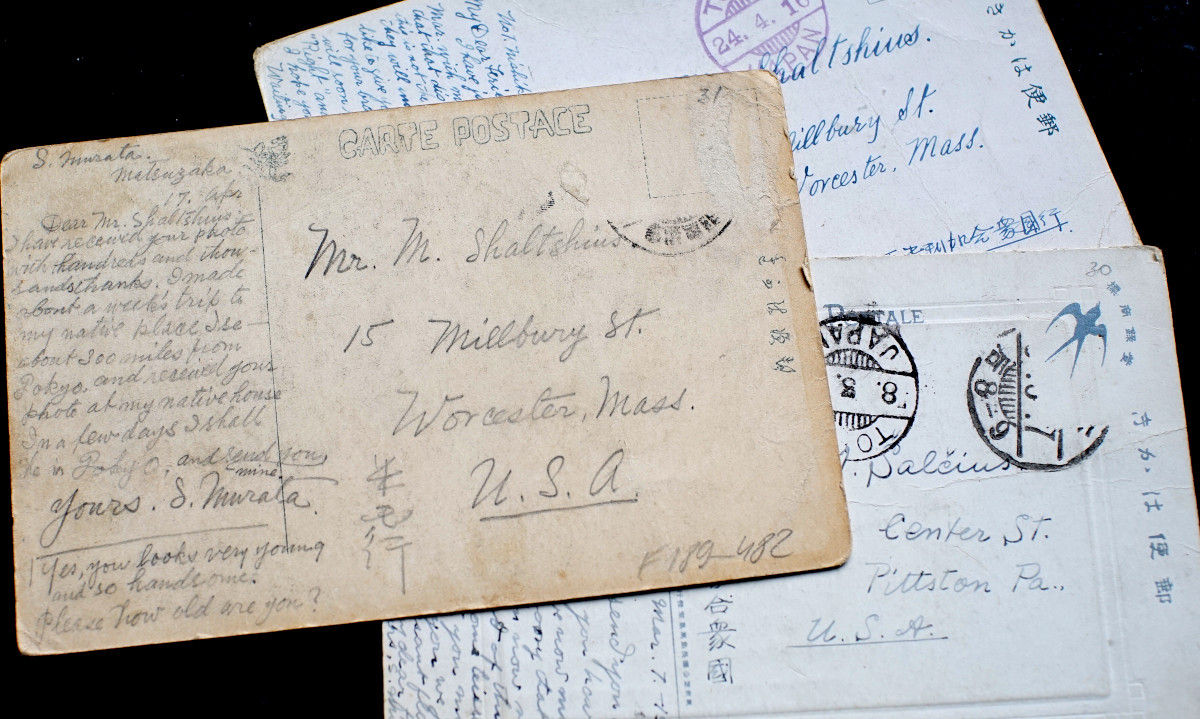 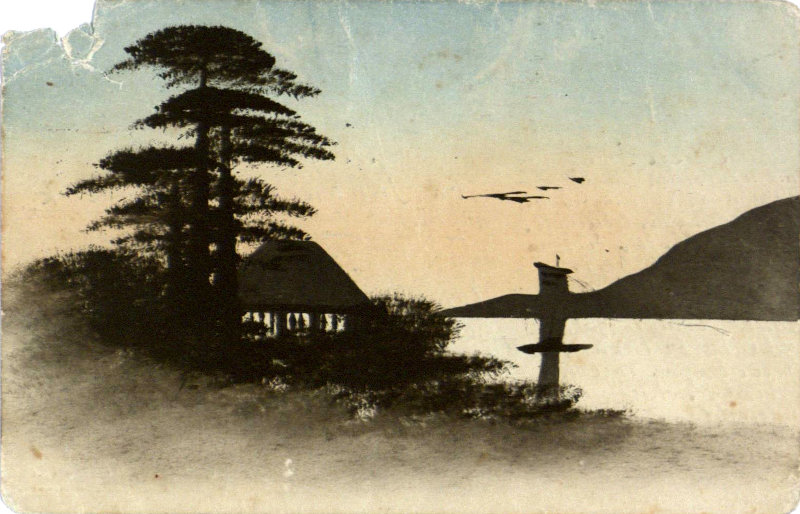 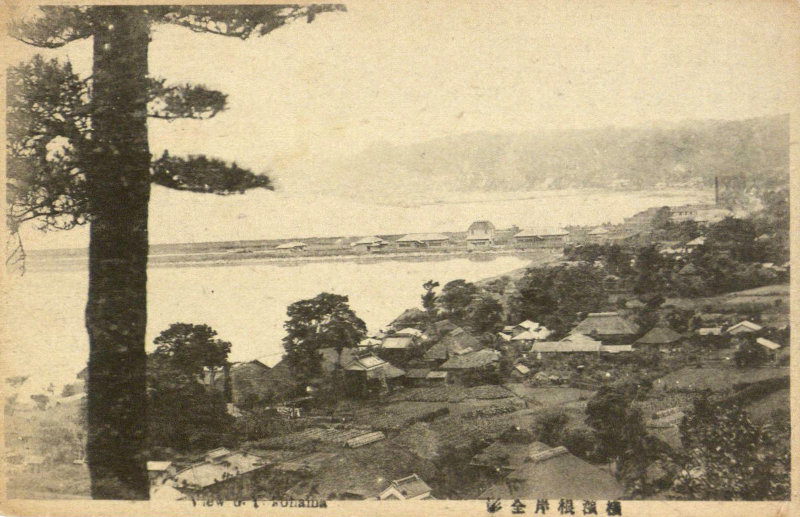 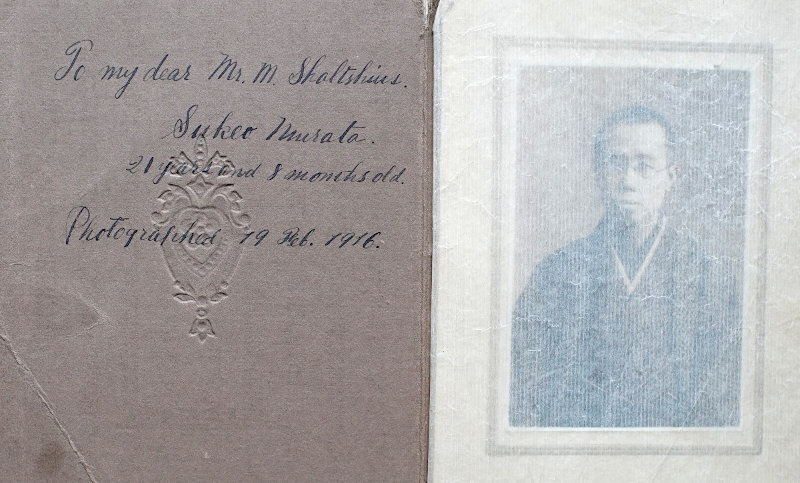 The second visit to Japan was similar to the first one in reverse order. Possibly M. Šalčius was inspired by the Act of Reinstating Independence of Lithuania announced on the 16th February when he left the USA and took a boat to Japan at the beginning of 1918. He stayed in Tokyo and had spent almost one year in Japan. Photographs, notes have remained. 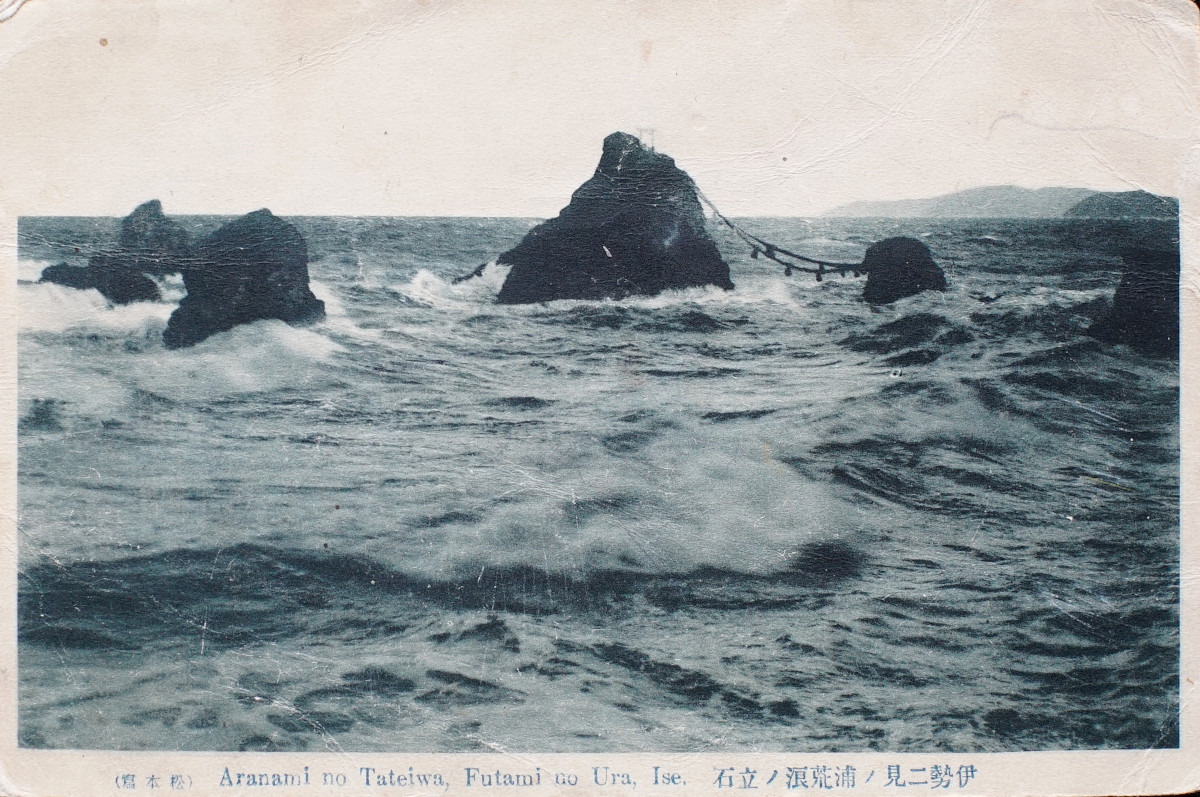 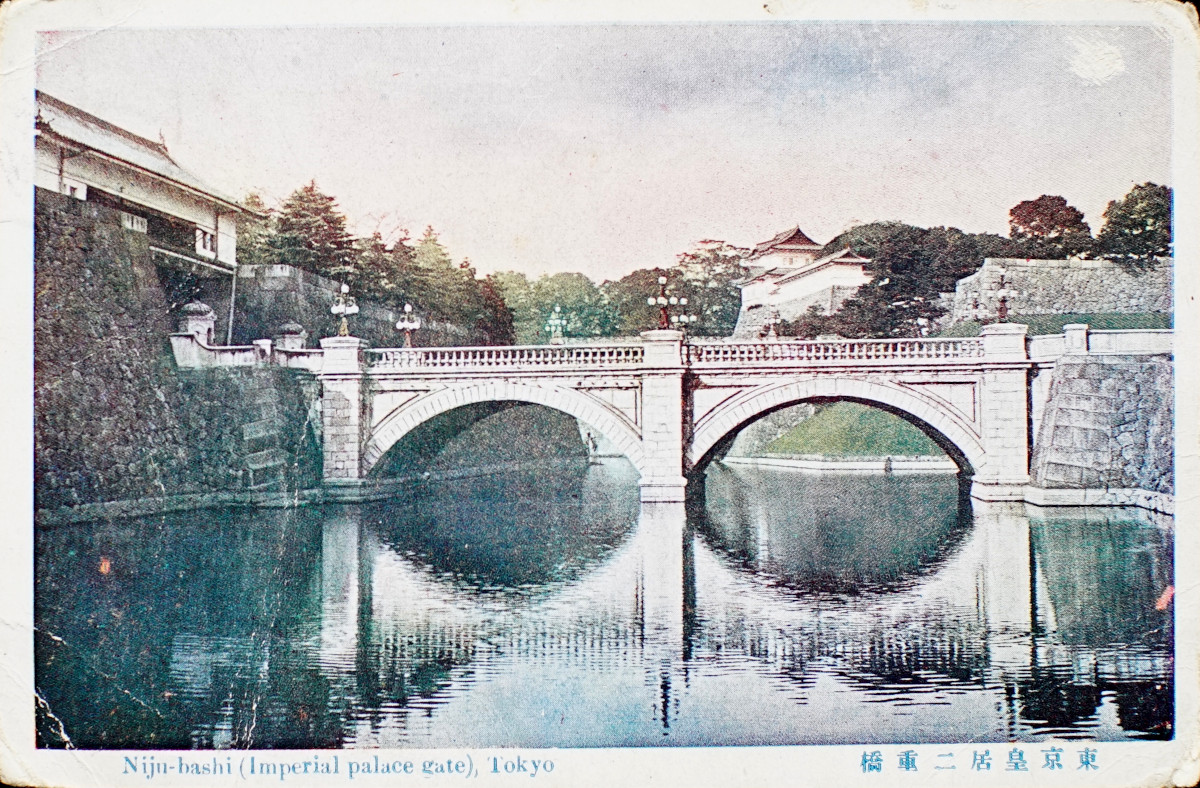 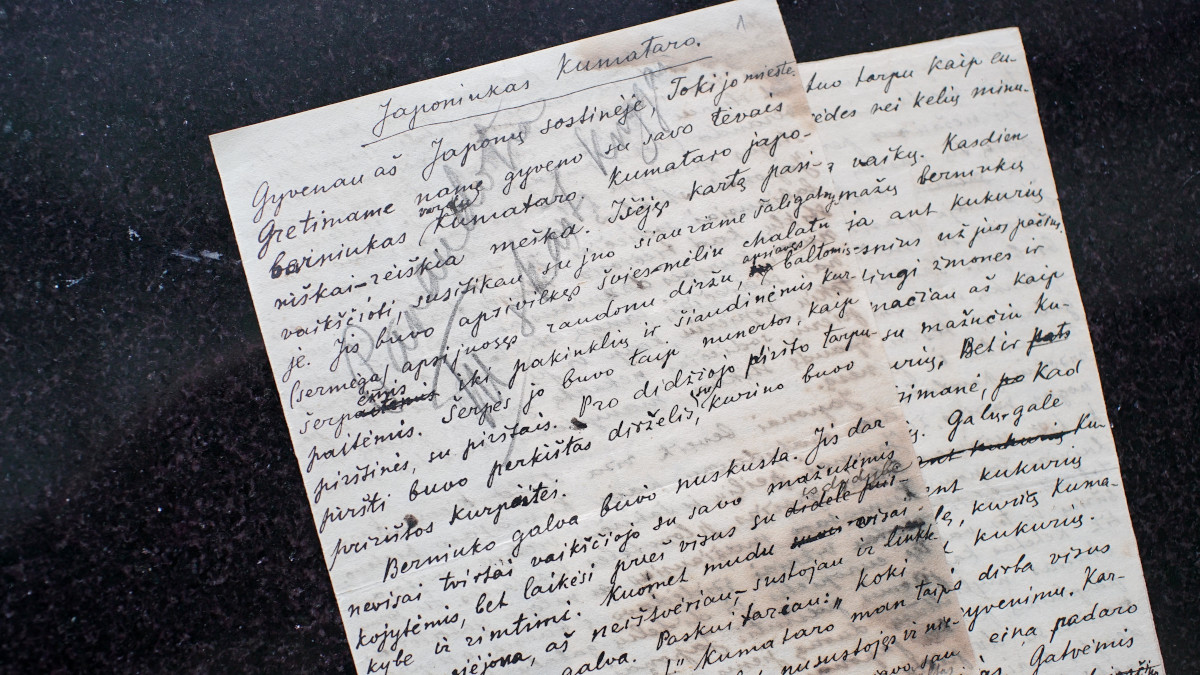 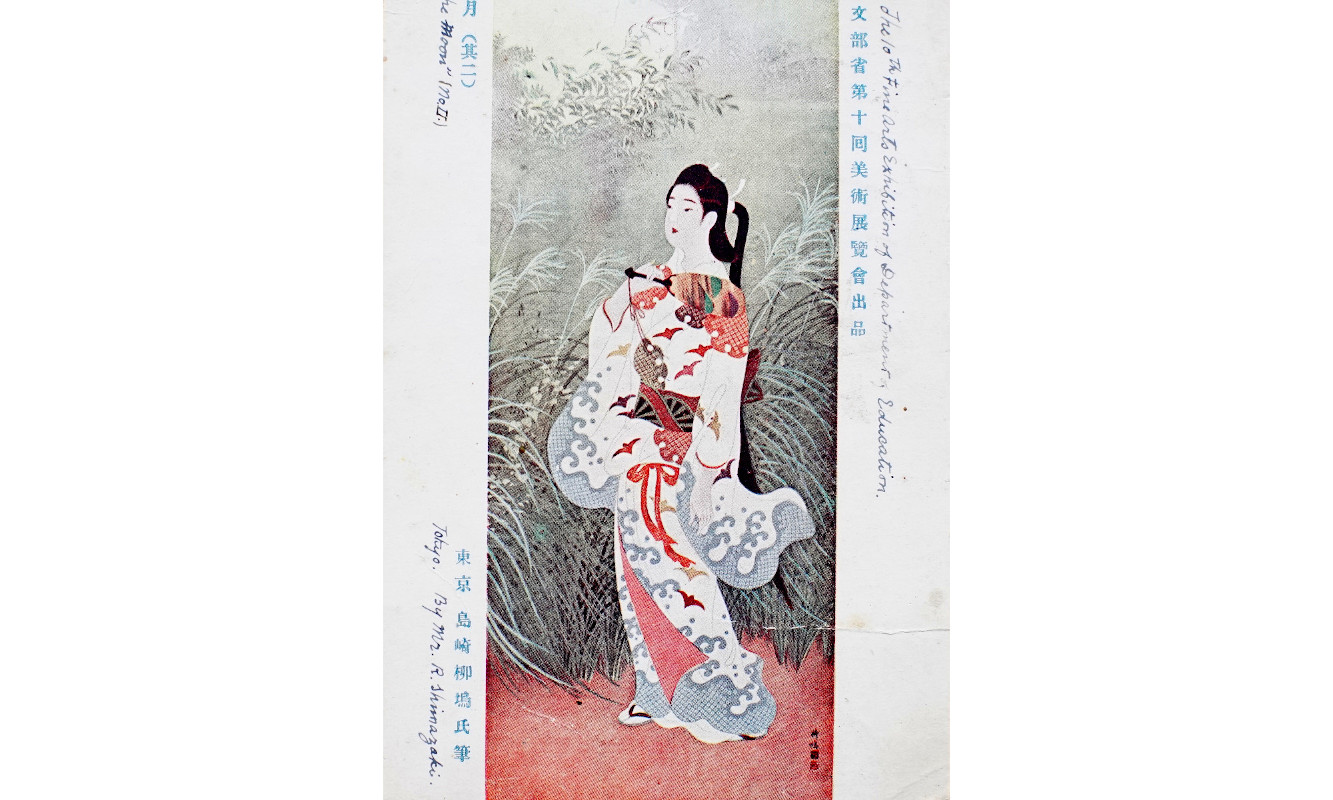 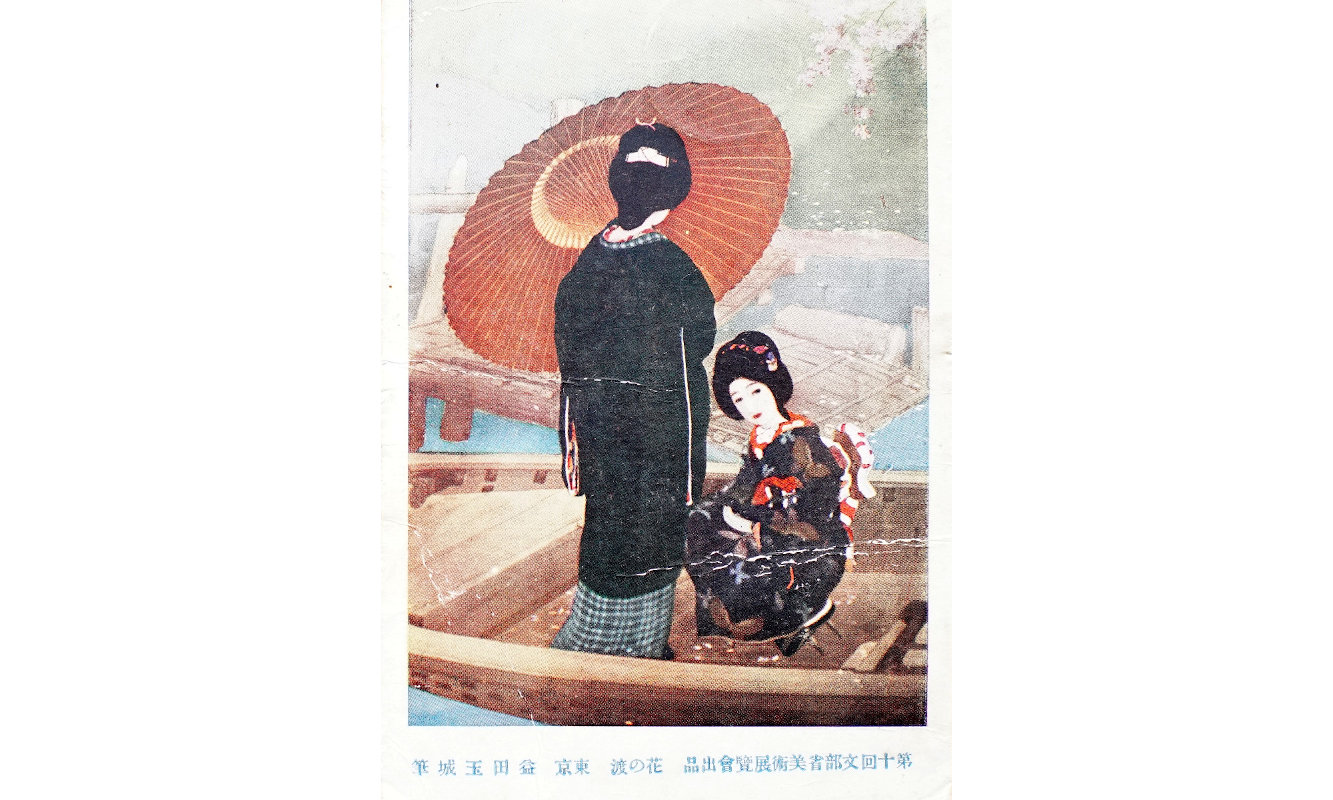 M. Šalčius started his Great Journey to Europe and Asia together with another traveler Antanas Poška. In November 1929, they left Kaunas and started the journey by... motorbike. Their traveled through European countries and reached Greece, then they traveled to Egypt and continued their journey to the Middle East and almost reached India. Later M. Šalčius separated from A. Poška and traveled by various other means instead of the motorbike.

Places that M. Šalčius visited during his great journey and mentioned in his later books: 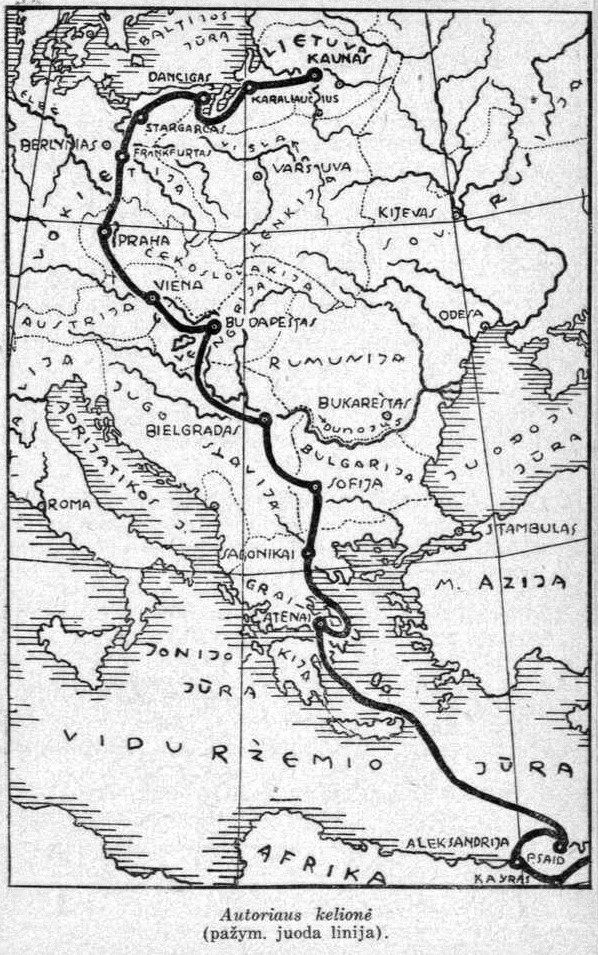 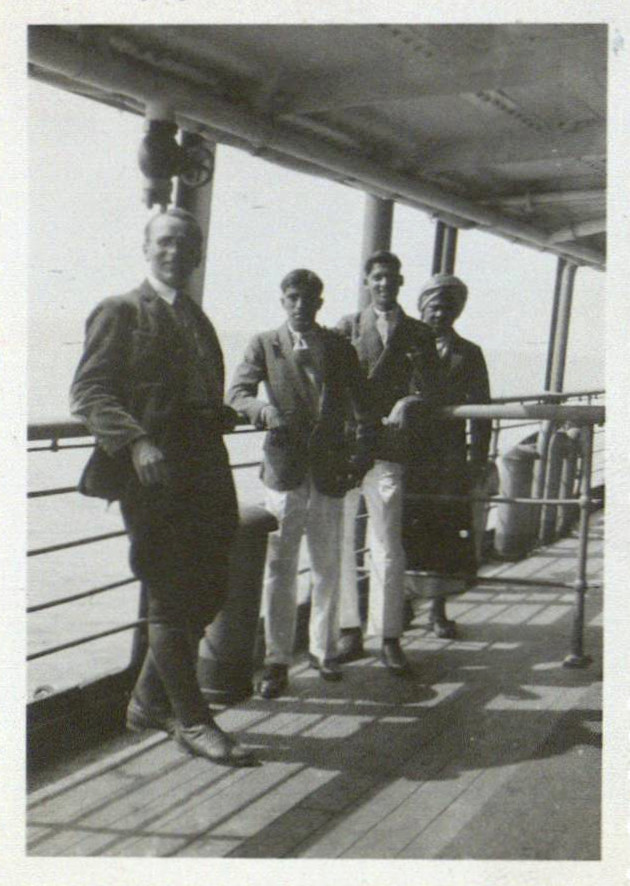 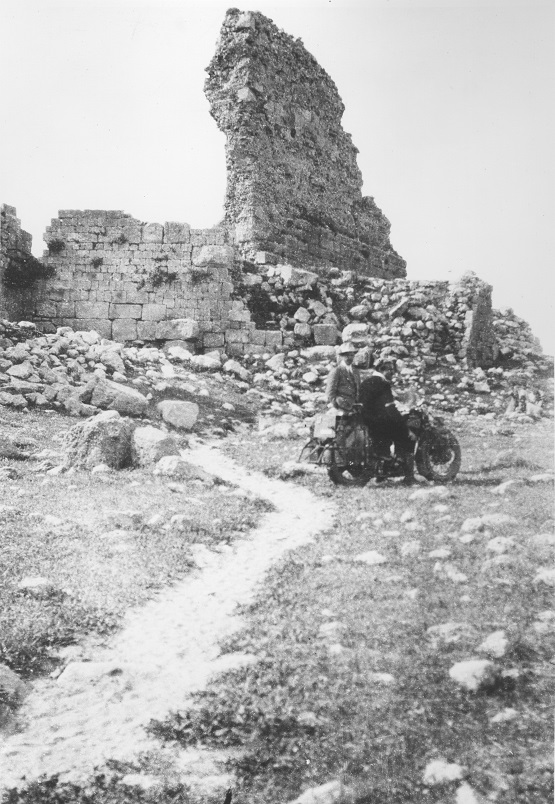 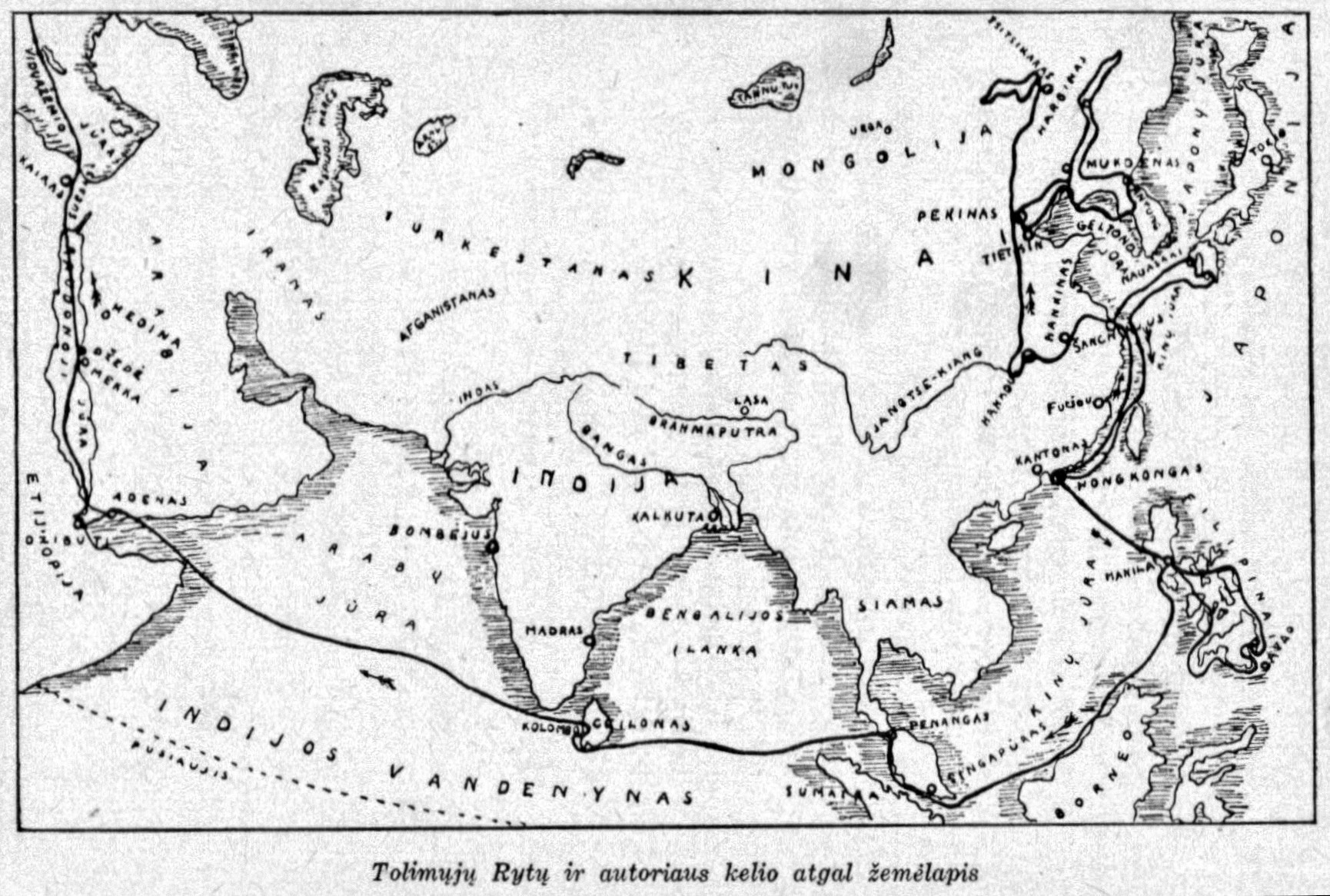 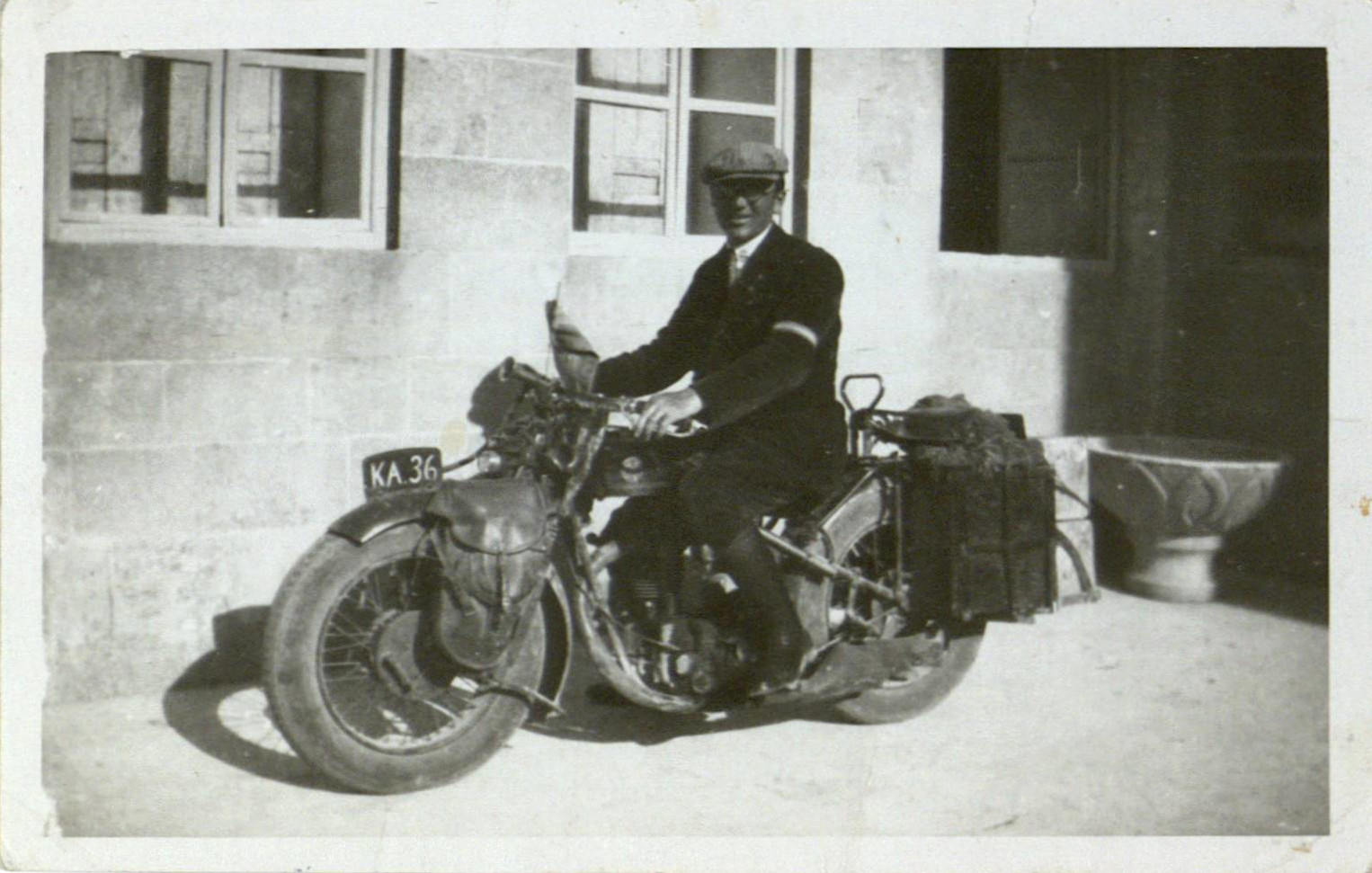 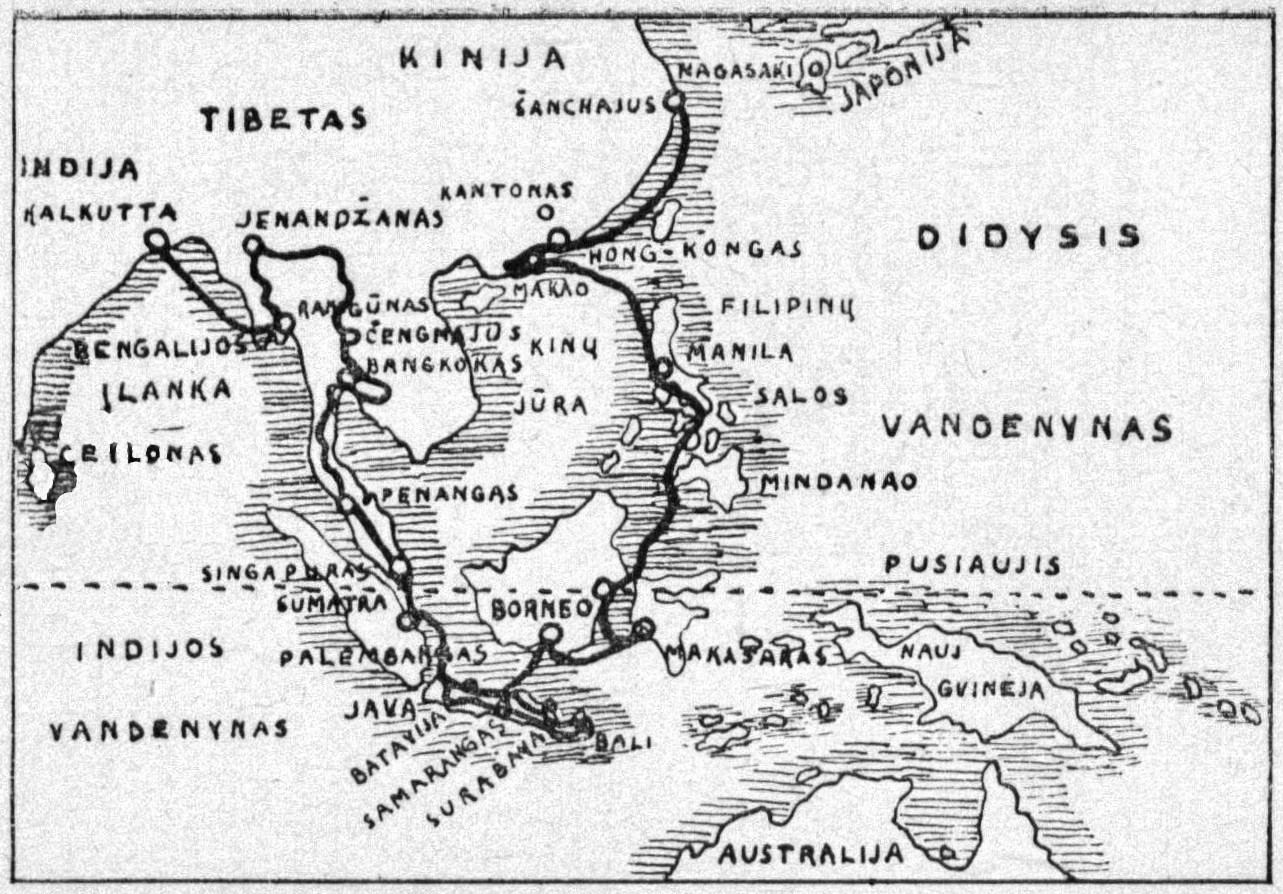 In 1932 M. Šalčius alone reached China and visited the territories of Manchukuo and Korea, which were under the authority of Japan. He published his experiences and impressions, which were quite critical in terms of Japanese policy at that period of time, in Chinese newspapers and other publications. 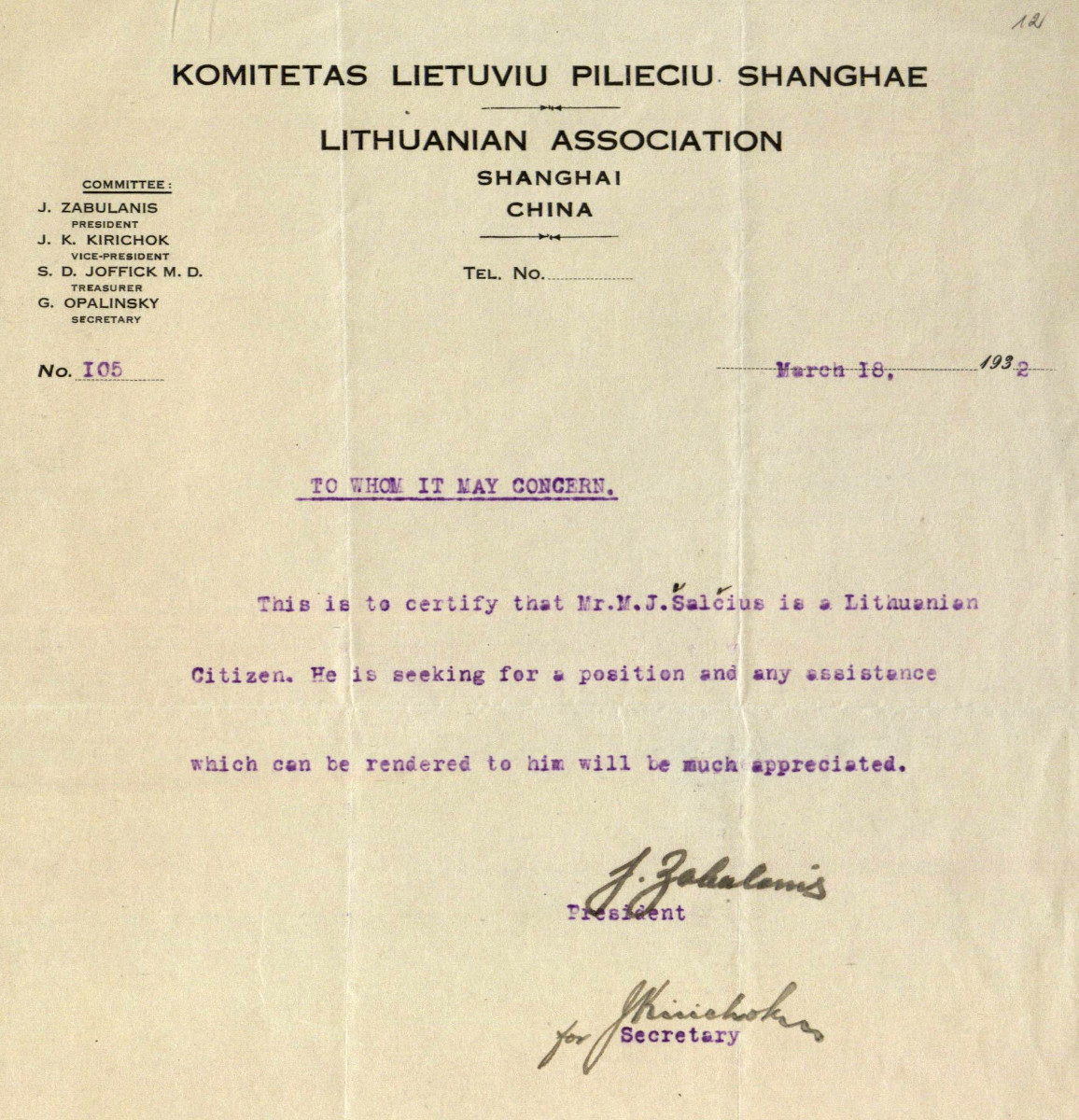 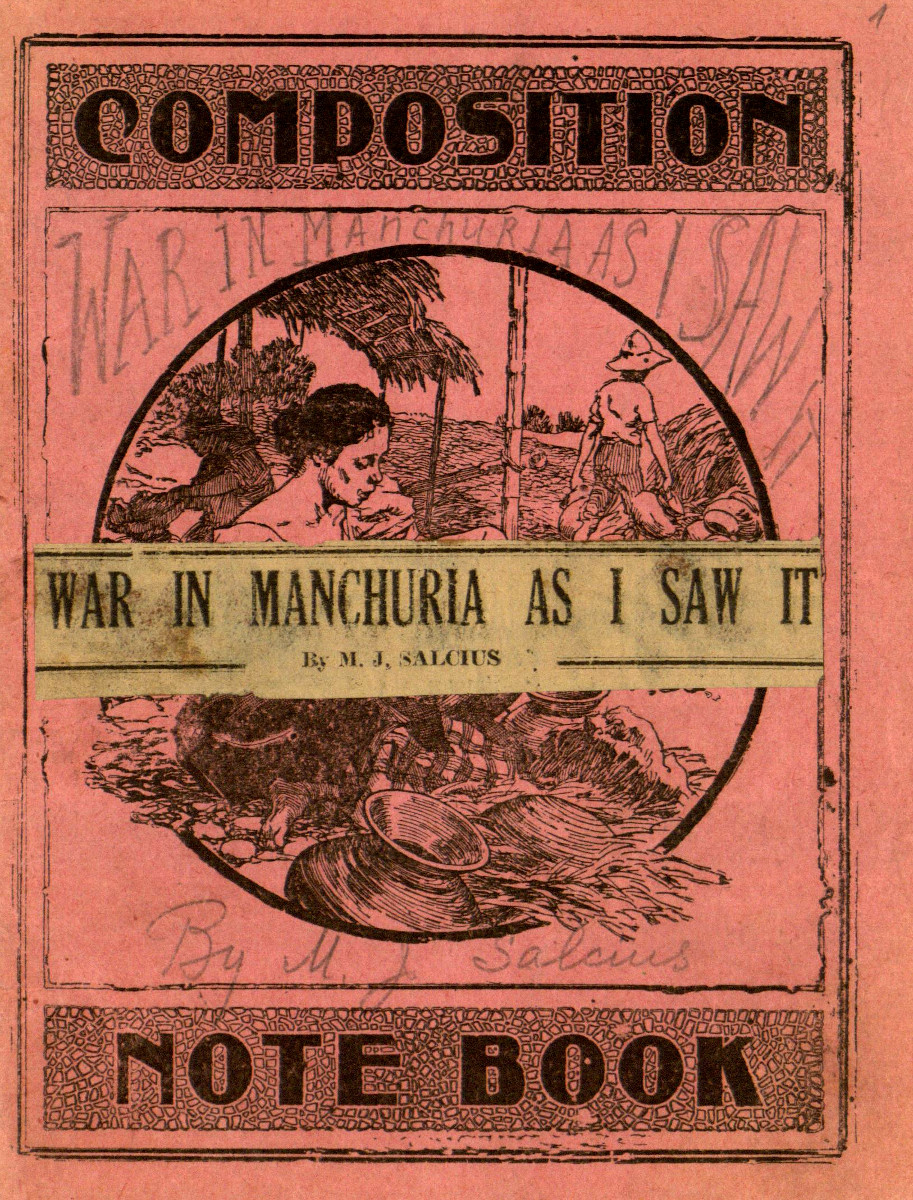 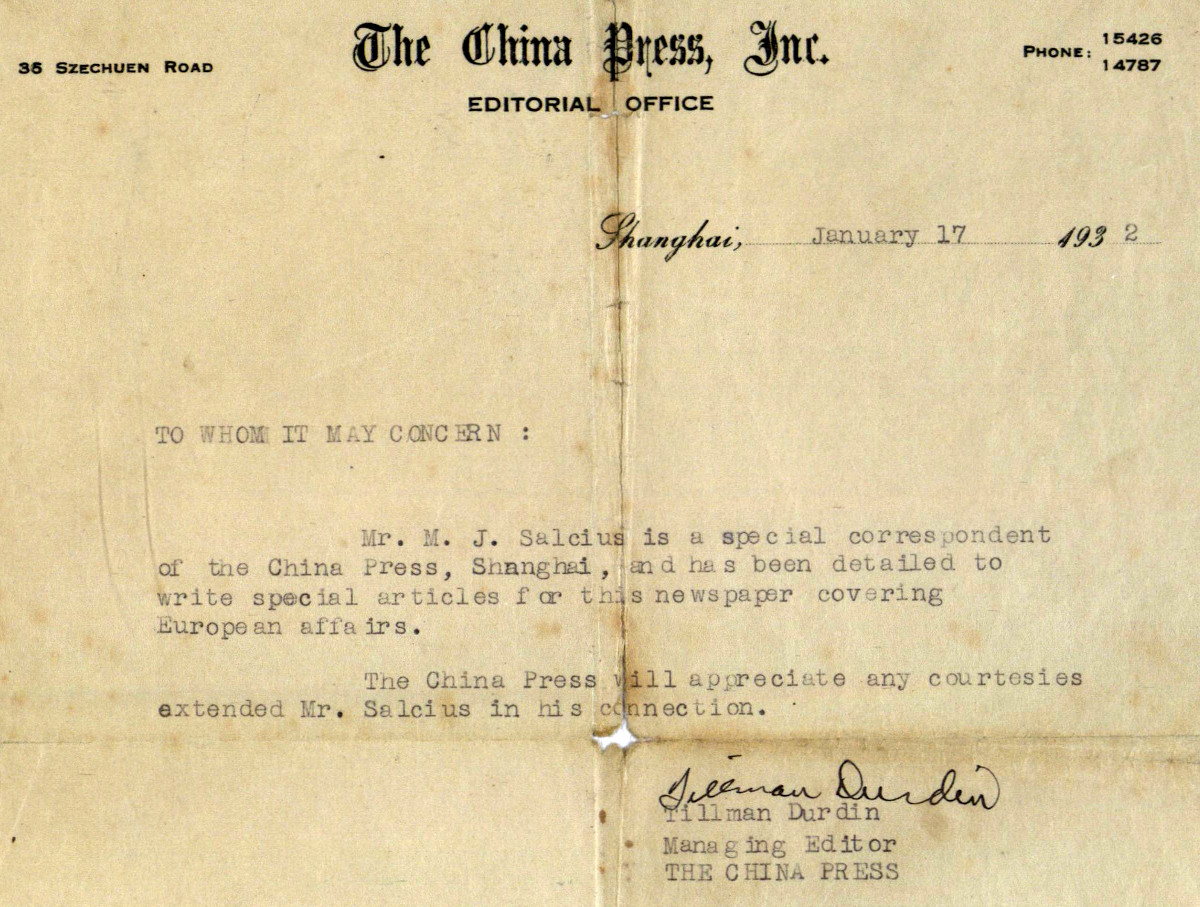 At the end of the same year, M. Šalčius continued his journey to the east and traveled from Shanghai to Japan by boat. He spent several days in the port of Nagasaki and reached Kobe by the same boat. Something unexpected happened in the port: M. Šalčius was intercepted by Japanese officers. Lithuanian traveler was accused of being unfriendly to the country and was declared as undesirable person (persona non grata). As a result, M. Šalčius was not allowed to leave the boat.

It is believed that the national security authorities of Japan observed the journalistic activities of M. Šalčius and were familiar with his critical articles regarding Japan. In these articles, Japan was accused of aggression against neighboring countries. The next day M. Šalčius was forced to leave Kobe and return to Shanghai. 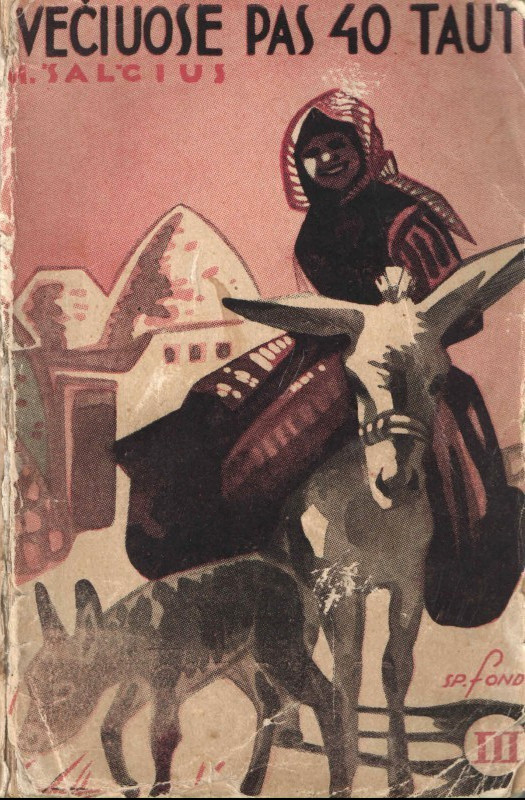 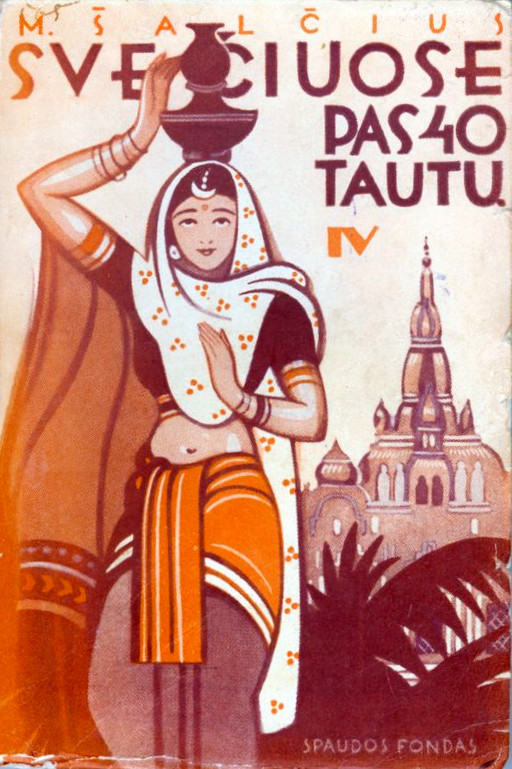 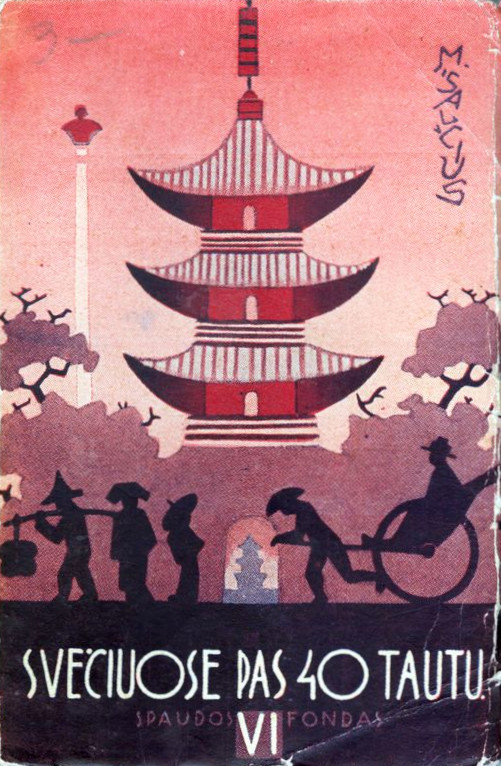 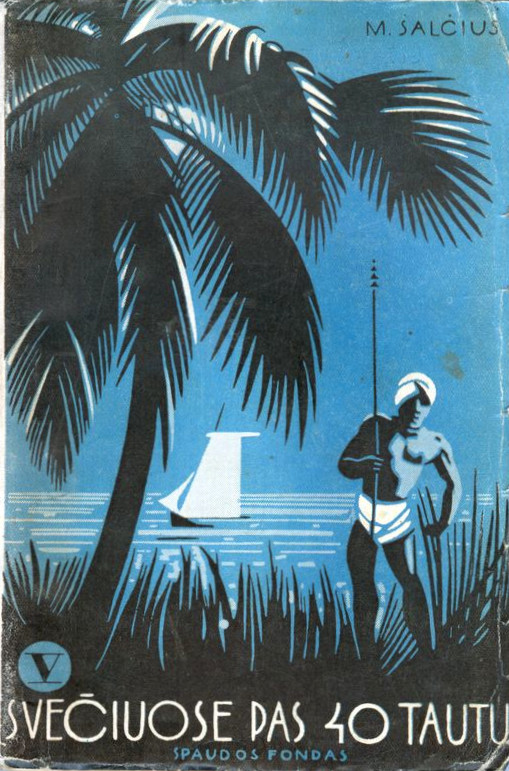 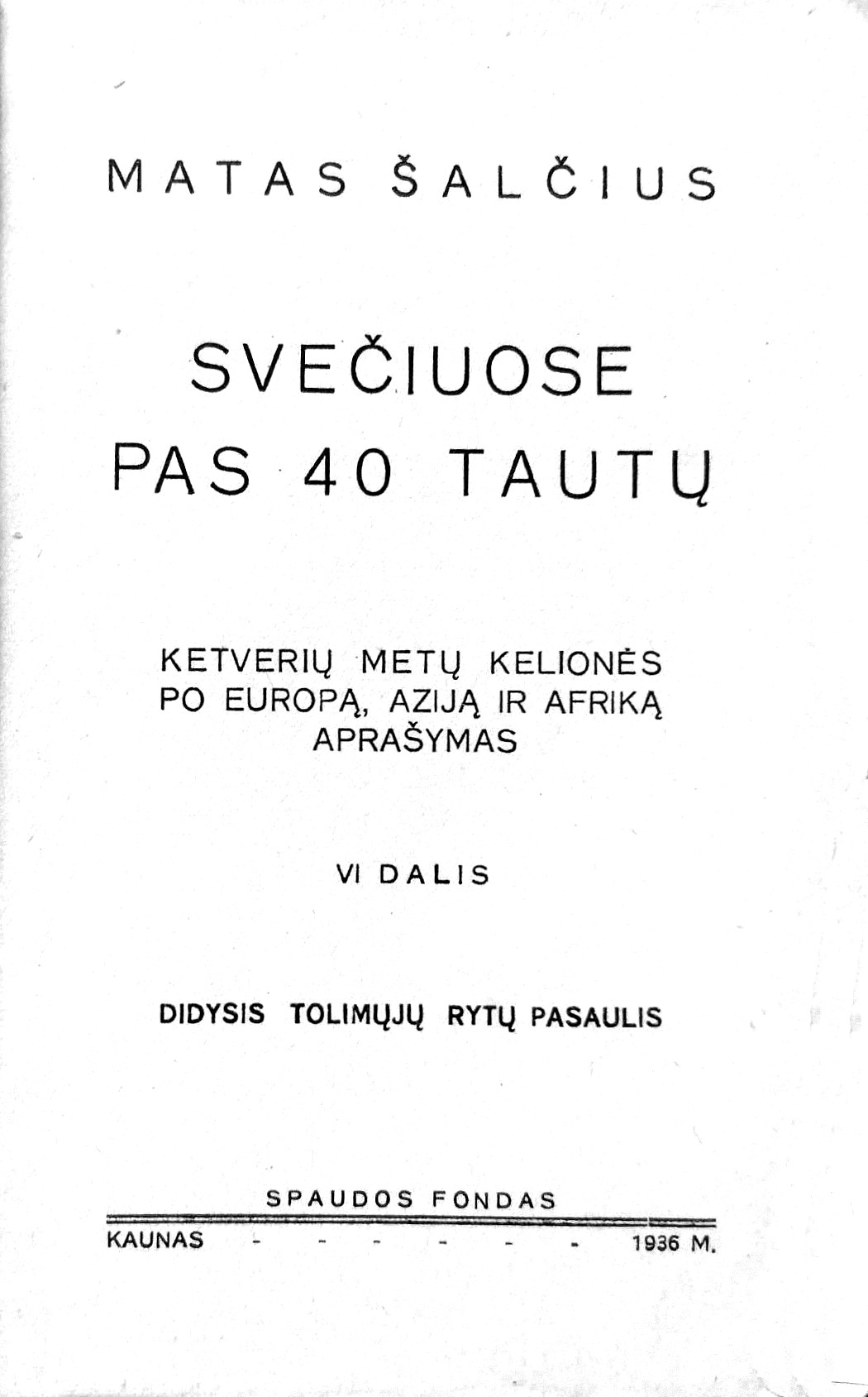 Watch an excerpt from a documentary that describes how M. Šalčius depicted Japan in his writings (please turn on English subtitles):

The large legacy of M. Šalčius includes his public lectures, articles in Lithuanian and foreign newspapers, translations from various languages, copyright books. More than one unpublished manuscript can be found in archives. What is more, hints about a new travel book, which disappeared later, can be found in the letters to his relatives from South America in the last years of his life. Many things are still waiting for the researchers‘ attention – maybe in the future, someone will find new facts regarding the activities of this dynamic person. 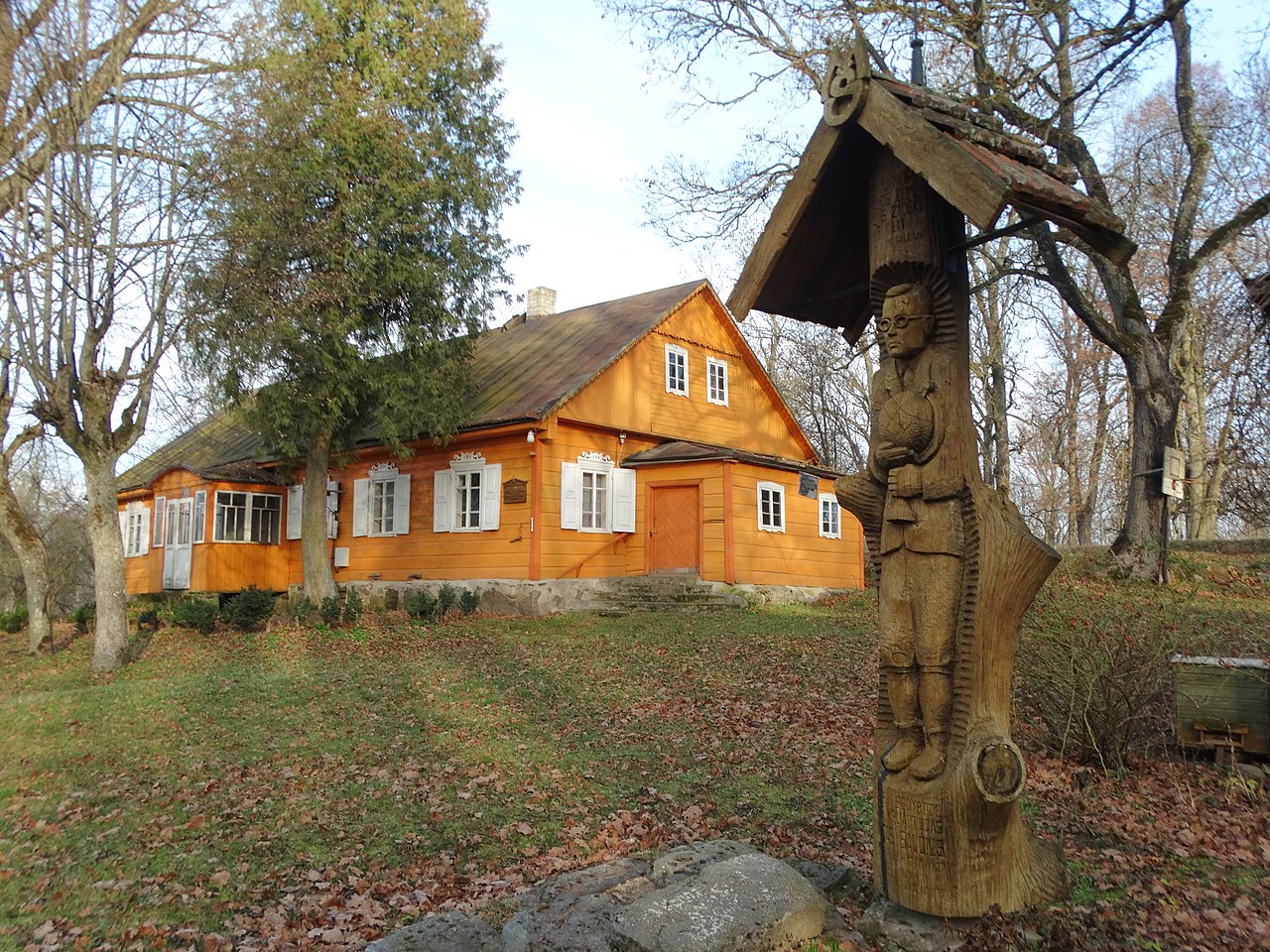 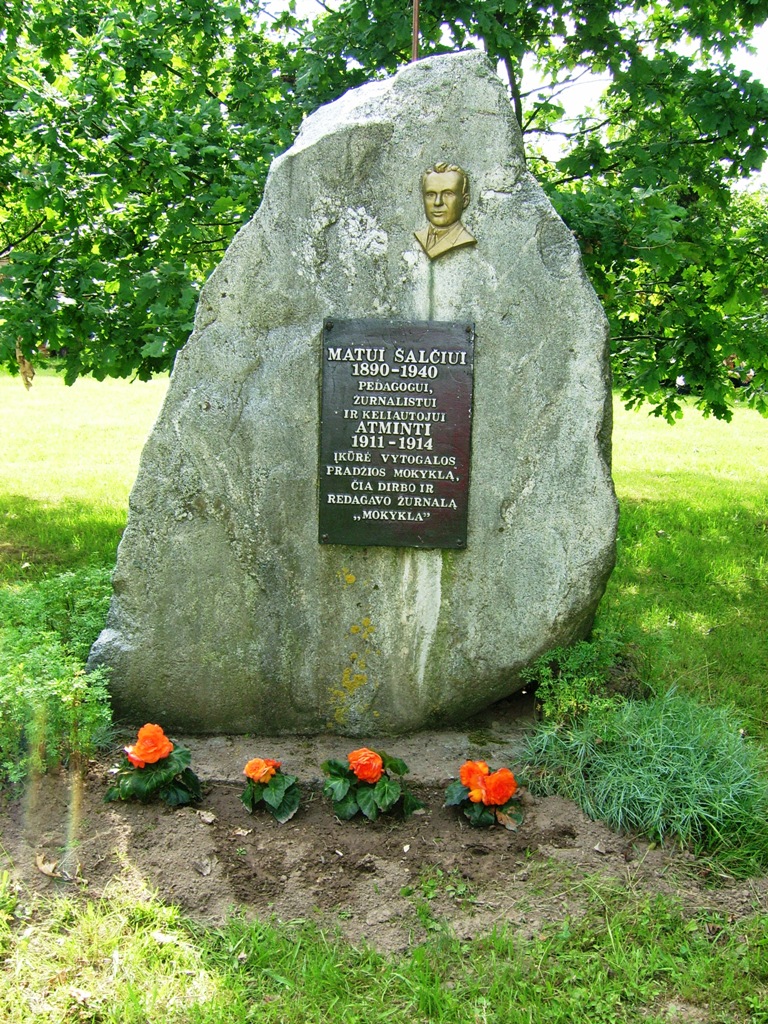 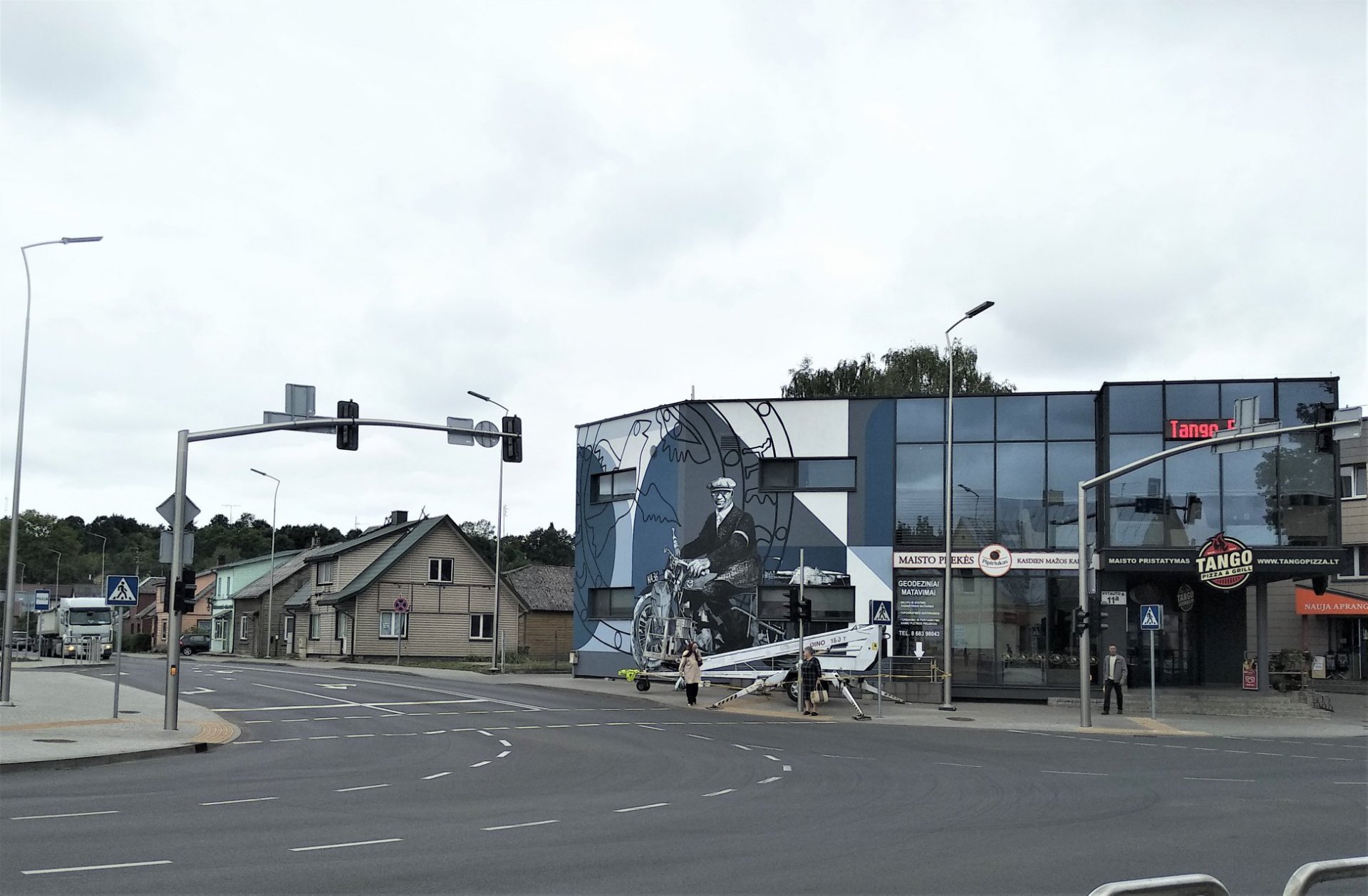