From Heart to Heart 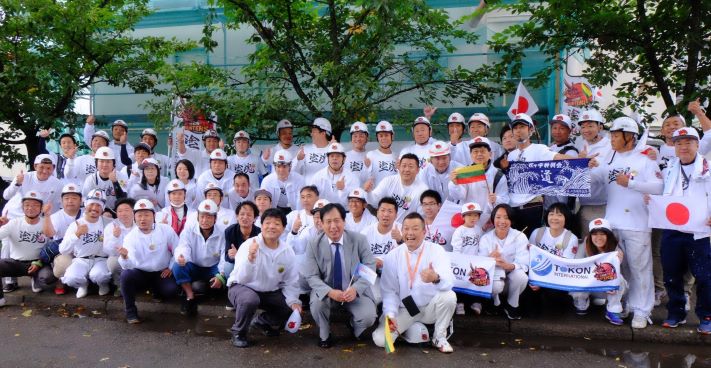 One of the most beautiful examples of interaction between Japan and Lithuania is that which comes from civic initiatives. Thanks to them, communities support each other despite being thousands of kilometres away, creating bridges of friendship and goodwill. For example, various Japanese individuals and institutions contributed to the recovery of Lithuania after regaining independence, while Lithuania helped Japan to recover after the earthquake in 2011. As a result, strong links are forged between municipalities, organizations and communities.

One of the most memorable initiatives of recent years happened in 2017, when employees of "Tokon Painters," a Japanese painting company, decided to repaint the outer walls of Sugihara House building in Kaunas. In addition to buying the paint and other materials, half a hundred "Tokon Painters" workers came to Kaunas and worked there for several weeks.

Cooperation between Kuji and Klaipėda

The first partnership between Japanese and Lithuanian municipalities was established on the 9th of July, 1989, after signing the partnership agreement between Klaipėda and Kuji cities. Kuji is a city in northeastern Japan, Iwate Prefecture, which has a population of 40,000 inhabitants. It is famous in Japan for its amber processing and amber museum. Amber processing was one of the main reasons Kuji sought friendship with Klaipėda, and Yoshiaki Kuji, the major at the time who held the position from 1979 to 2003, was the pioneer of the friendship. The mayors of the two cities repeatedly visited each other, often bringing together delegations of artists and businessmen. In 1995, the World Congress of Local Governments in Hague recognized the relations between Klaipėda and Kuji as one of the most outstanding examples of twinning in the world. 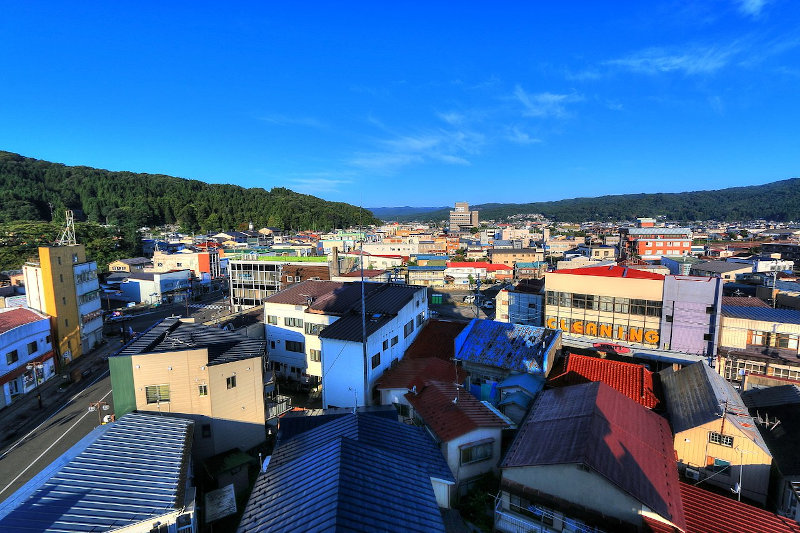 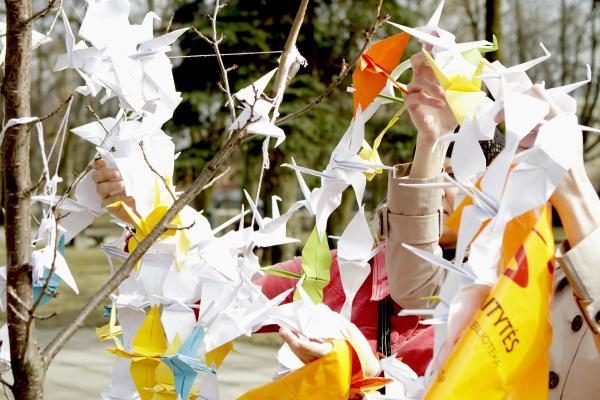 Right after the events of January 1991, supporting the desire of the Lithuanian people to maintain their independence, the mayor of Kuji, Yoshiaki Kuji, sent a letter of protest to USSR leader Mikhail Gorbachev demanding an end to armed aggression. In 1991, after Lithuania regained its independence, the residents of Kuji collected humanitarian aid for Klaipėda. 120,000 $ was collected to purchase medical equipment for Klaipėda's hospitals.

20 years later, on the 11th of March, 2011, Kuji suffered from an earthquake and tsunami. Therefore, Klaipėda showed its solidarity with Kuji and organized a donation campaign, which ended up with 200,000 EUR donations in total. These funds were used to cover the victims' medical, childcare, and school expenses. On the 8th of August of the same year, Klaipėda's schools organized a campaign "A Thousand Cranes". Students handcrafted thousands of paper cranes and decorated trees in the town square as a sign of compassion for the disaster in Japan, a sign of hope and friendship.

In 1992, Kuji organized a one-year internship to Vytautas Dumčius, a teacher from Klaipėda. Thanks to it, he improved his knowledge of the Japanese language and after returning to Klaipėda, he became a well-known translator of Japanese poetry and an active cultivator of educational and cultural ties between the two cities. In 1994, with the significant help of Kuji city, the Center for Oriental Studies at Klaipėda University was established, where V. Dumčius became one of the main lecturers, taught Japanese language and literature, and organized Japanese culture and art events.

Many times Klaipėda‘s residents were able to present their culture in Kuji. The most notable example of this possibility was in 1998 – the Amber Festival. The amber from the Palanga Amber Museum was exhibited in Kuji, and a concert by the Klaipėda folklore group took place. 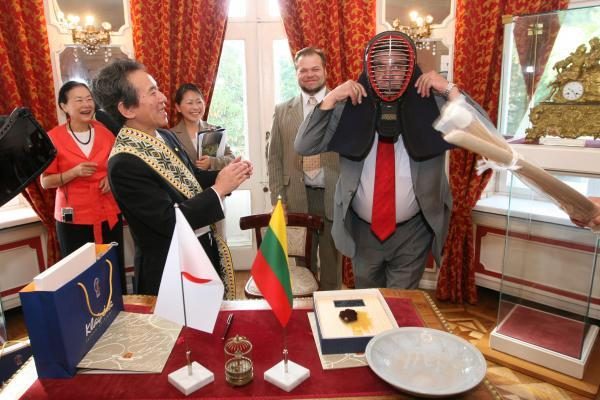 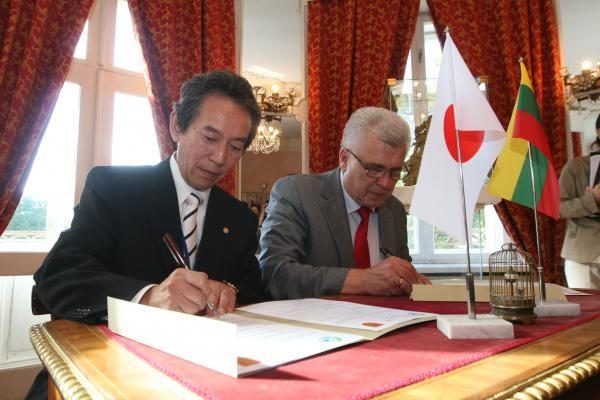 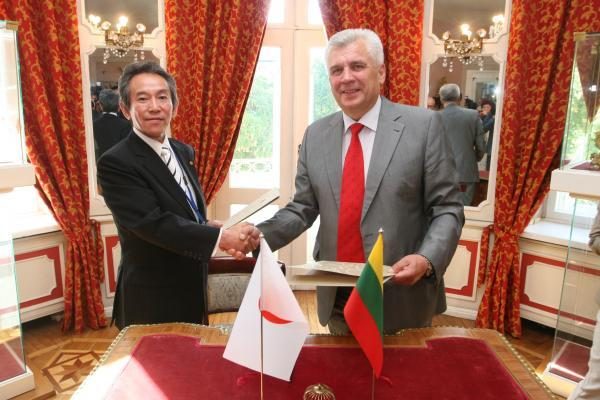 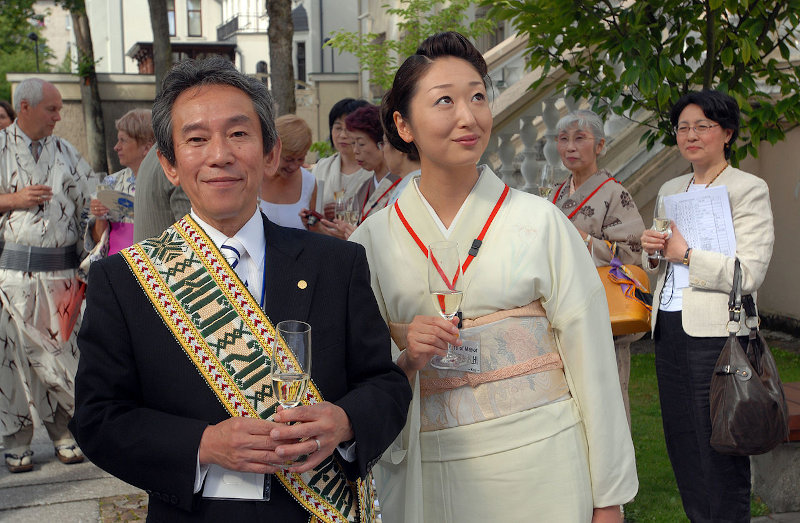 The Japanese were also active in presenting their culture in Klaipėda, mainly participating in sea festivals. The most notable examples are the sakura park planted in Klaipėda in 2004 and the Japanese Culture Days in Klaipėda in August 2009, when the Japanese presented traditional dances, tea ceremony, calligraphy, origami, ikebana, and other arts. 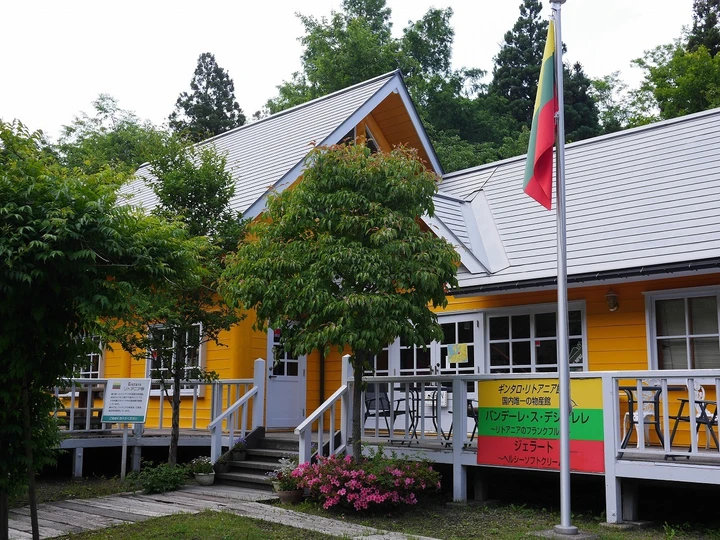 Several attempts to strengthen the ties in the business field between Kuji and Klaipėda have been noted. In 2002, Kuji entrepreneurs initiated the opening of the first Lithuanian cuisine restaurant "Gintaras" in Japan. Four selected students from the Klaipėda Tourism School worked in the restaurant as waiters during the summer season. In 2004, a private amber processing company Kuji Kohaku Ltd. set up a shop on the company's premises and imported various Lithuanian goods (such as toys), beverages, and amber products.

(Museum of Lithuania in Kuji)

Cooperation between Gifu Prefecture and Lithuania

Gifu Prefecture is one of Japan's 47 prefectures. It has more than 2 million residents. The prefecture is in a mountainous area and it is almost the geographical center of Japan. The friendship with Lithuania was encouraged by the legacy of Chiune Sugihara, the Japanese consul, who issued Visas for Life in Kaunas in 1940 and who is originating from Gifu.

Cooperation increased in 2016 under the guidance of Governor Hajime Furuta. Due to this initiative, constant visits, exchanges of artists, and educational events occur. In 2019, Kaunas established connections with Yaotsu town, while Pakruojis maintains close relationships with another town in Gifu Prefecture – Yamagata. 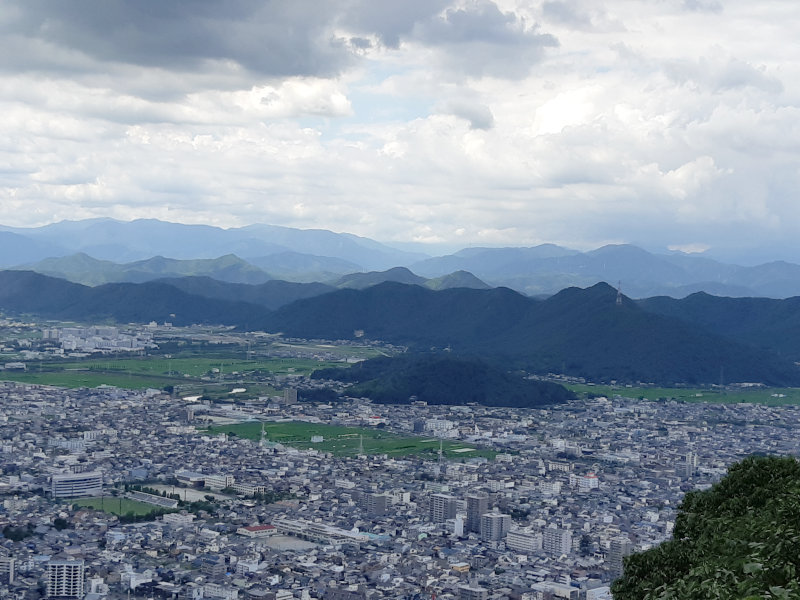 Many visits occurred between Lithuania and Gifu Prefecture regularly in 2016-2019 on various levels. Governor Hajime Furuta and the Honorary Consul Yukio Murase made visits to Lithuania. Meanwhile, from the Lithuanian side Gifu Prefecture was visited by Deputy Mayor of Kaunas city S. Kairys, the Mayor Visvaldas Matijošaitis, and President of Lithuania Gitanas Nausėda. Moreover, G. Nausėda was the first president who made an official visit to this prefecture. 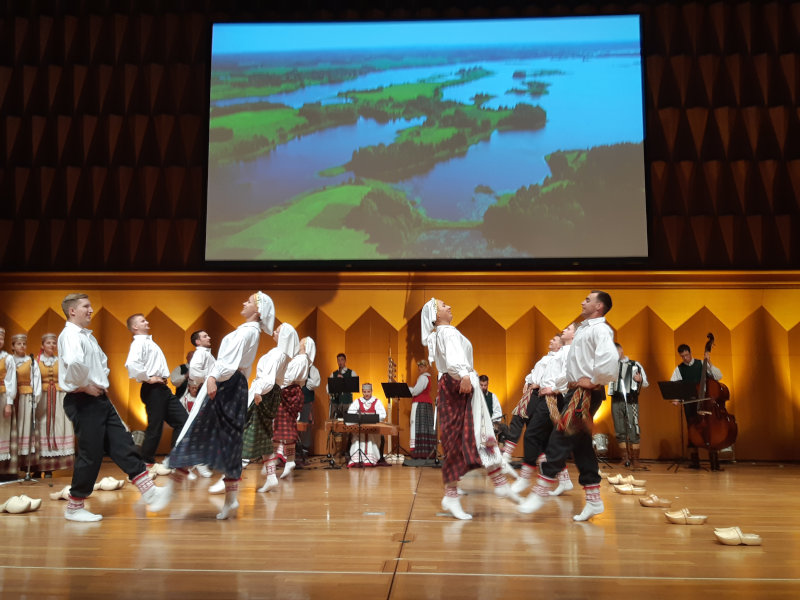 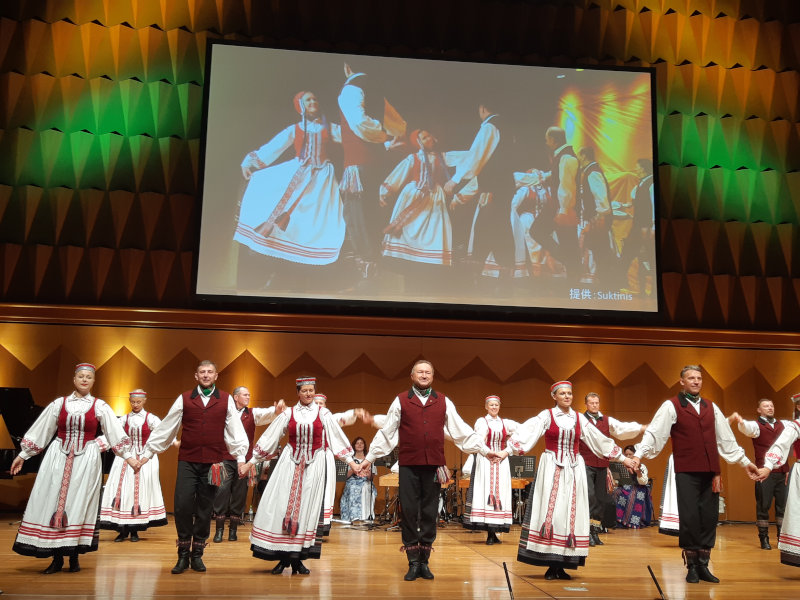 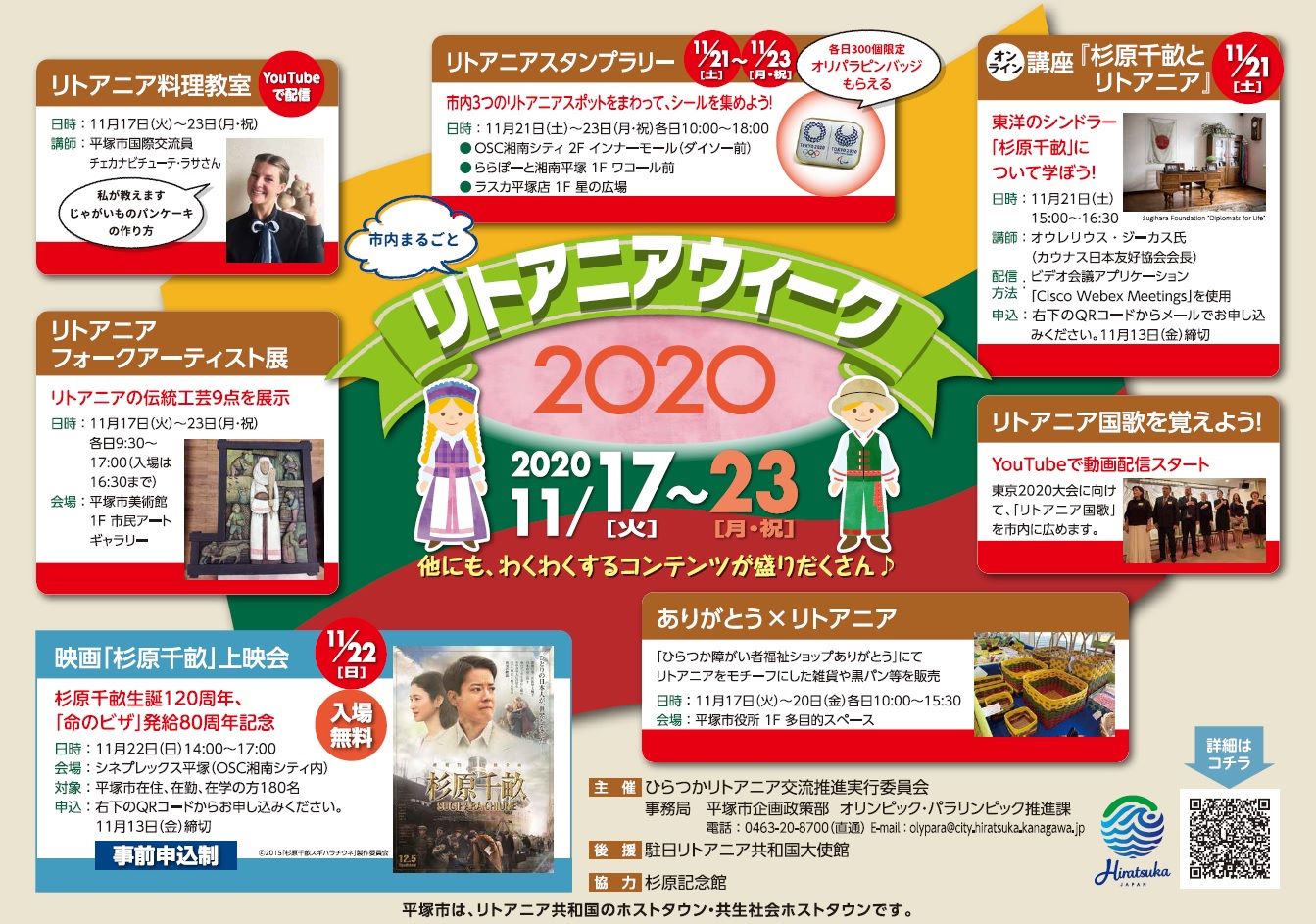 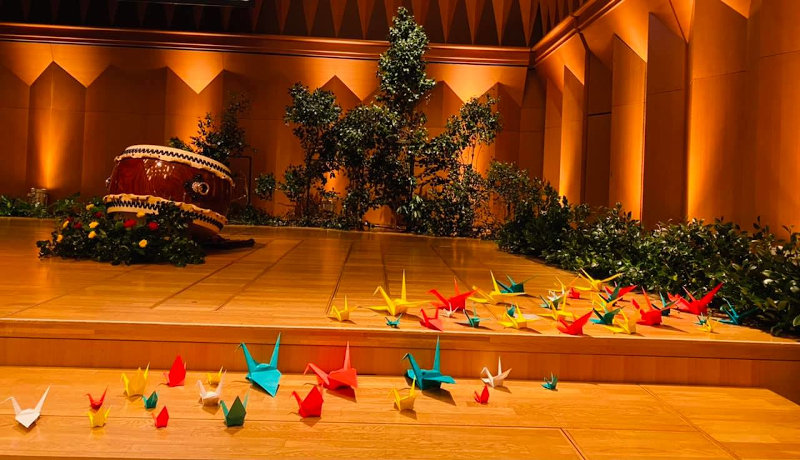 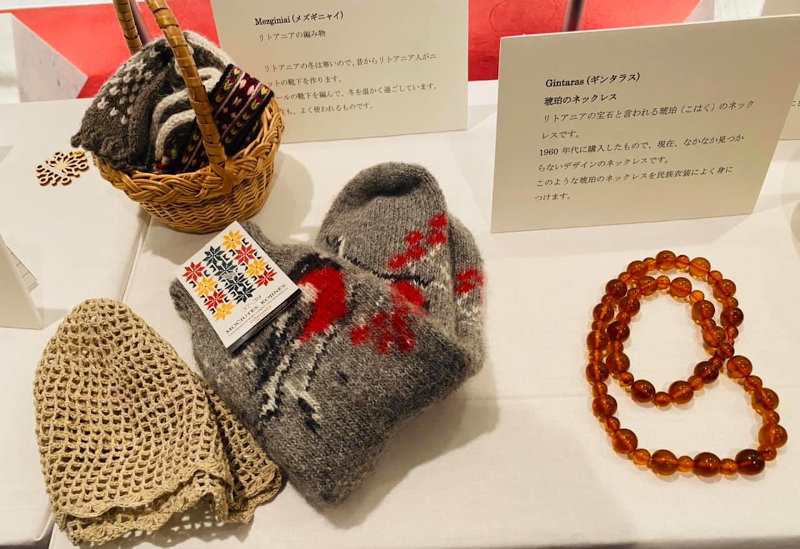 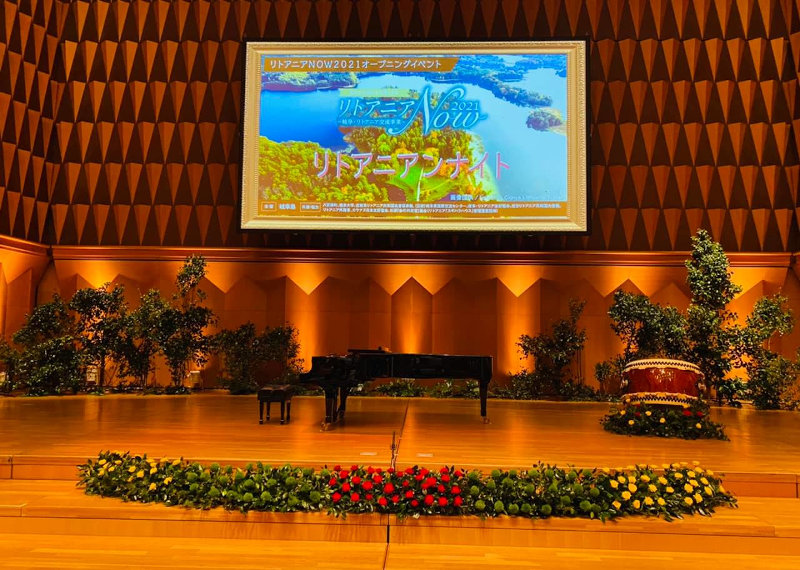 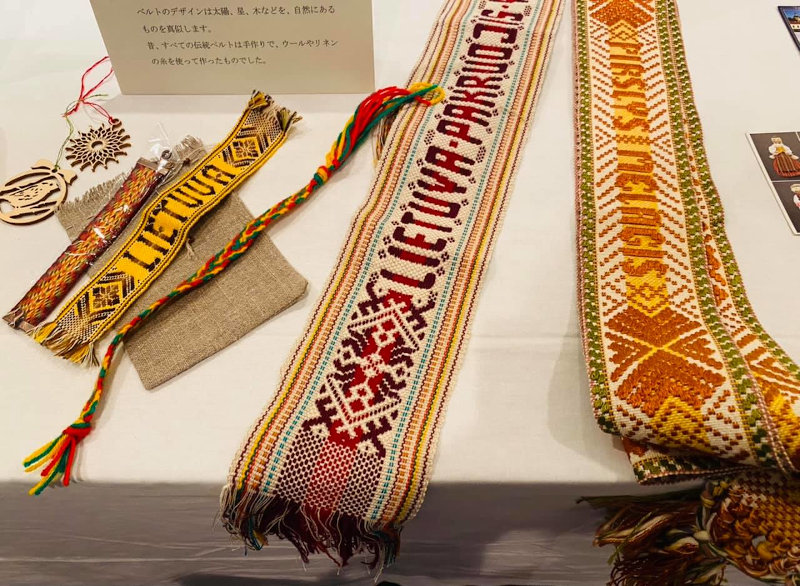 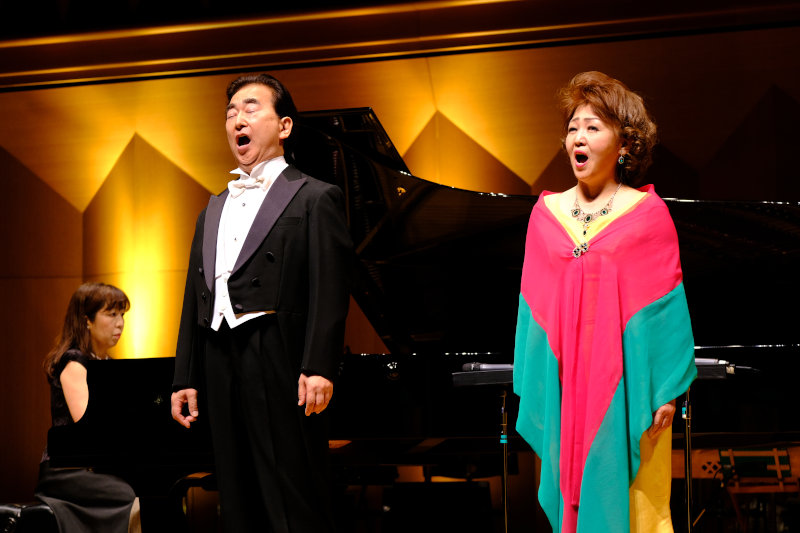 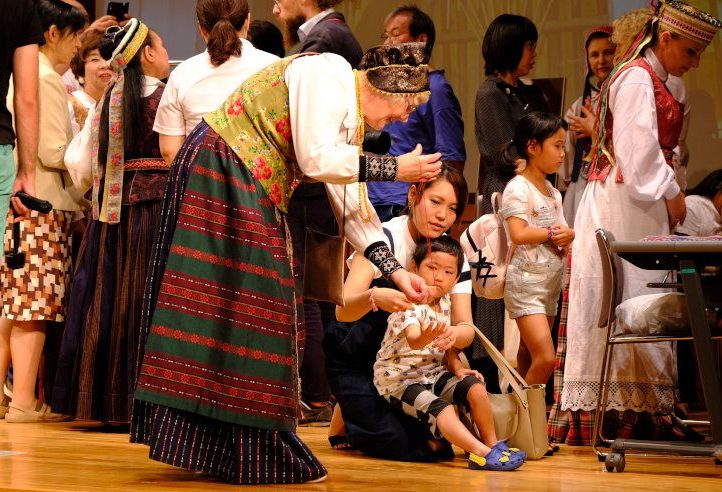 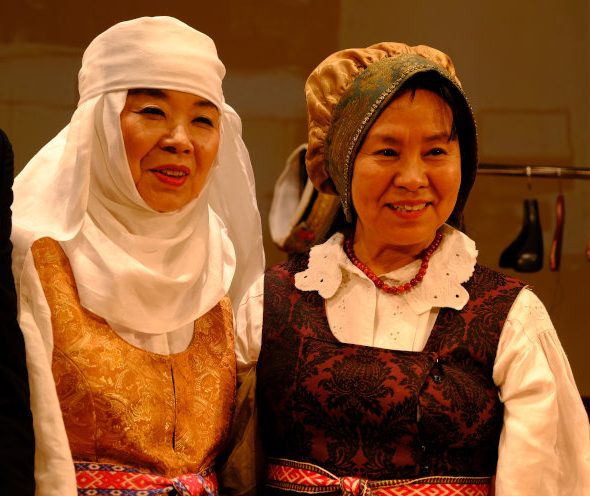 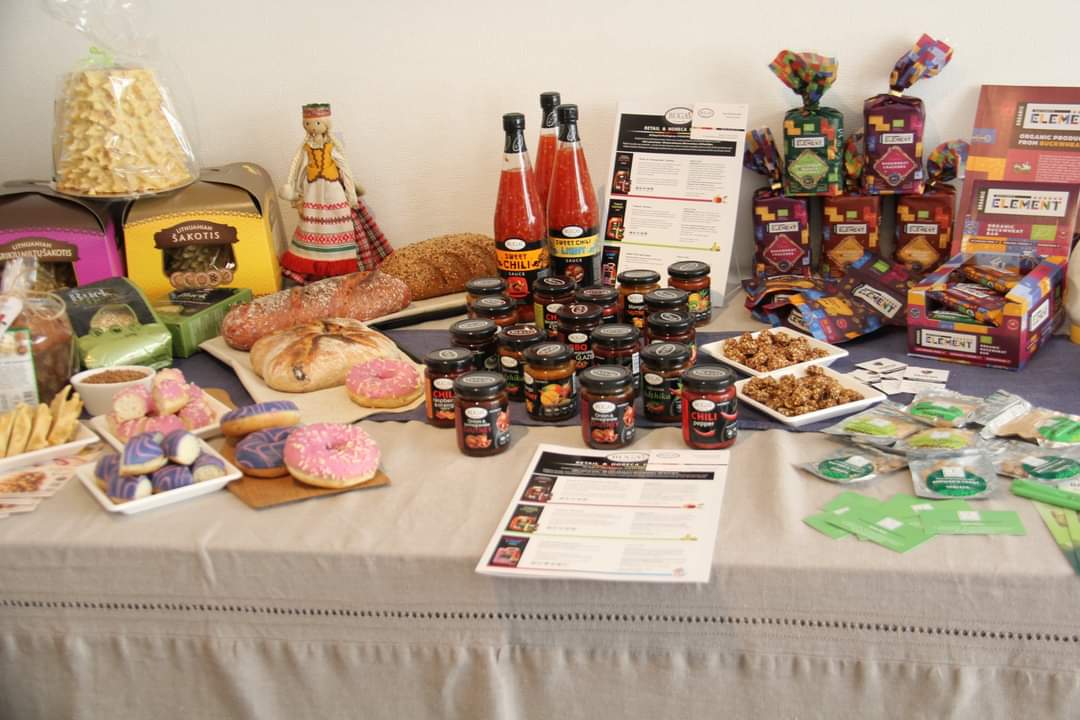 Lithuania and Gifu develop not only cultural but also business relations. One of the most successful examples is the export of Lithuanian honey to Japan. The company in Gifu importing Lithuanian honey developed new products adapted to the Japanese market. Sweets named “Lithuanian Wind” are sold not only in Gifu but also in neighboring prefectures. Another company baking bread developed a recipe for Lithuanian bread with dried fruits imported from Lithuania.

Cooperation between Kaunas and Yaotsu

Yaotsu, a city situated in Gifu Prefecture, actively cares about the commemoration of Chiune Sugihara. The biggest museum in the world devoted to this personality was opened in 2000. Thus, Yaotsu promotes active relationships with Kaunas, where Visas for Life were issued. Due to these relations, exchanges between high schools, and entrepreneurs started, and the Mayor of Yaotsu M. Kaneko visited Kaunas many times during the period from 2016 to 2019. The Twinning Agreement between Kaunas and Yaotsu signed in February 2019 confirmed the friendship. 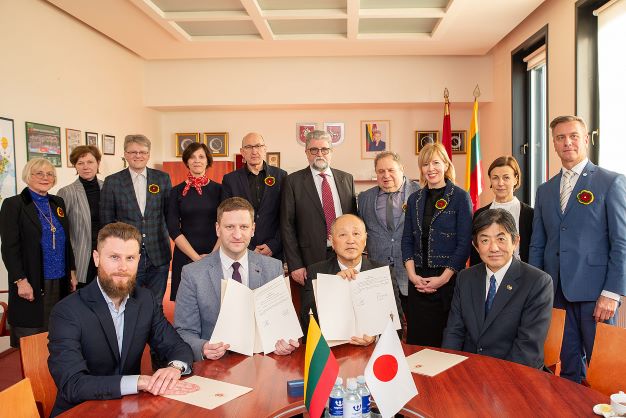 When Lithuania announced its independence and pursued democracy and a free market economy, Japan was one of the first countries which helped with material assistance and technical cooperation. Japan paid attention to the development of the Cultural Funding program, provided teaching and cultural education tools. The aim was to develop mutual understanding, friendship, and goodwill between Japan and Lithuania.

In total 13 projects devoted to the promotion and improvement of cultural and educational activities were implemented in Lithuania. For instance, the National Museum of Lithuania used funds for restoration equipment, the Lithuanian Academy of Music used funds for musical equipment, Vilnius University and Vytautas Magnus University – to modernize equipment for teaching the Japanese language, etc. 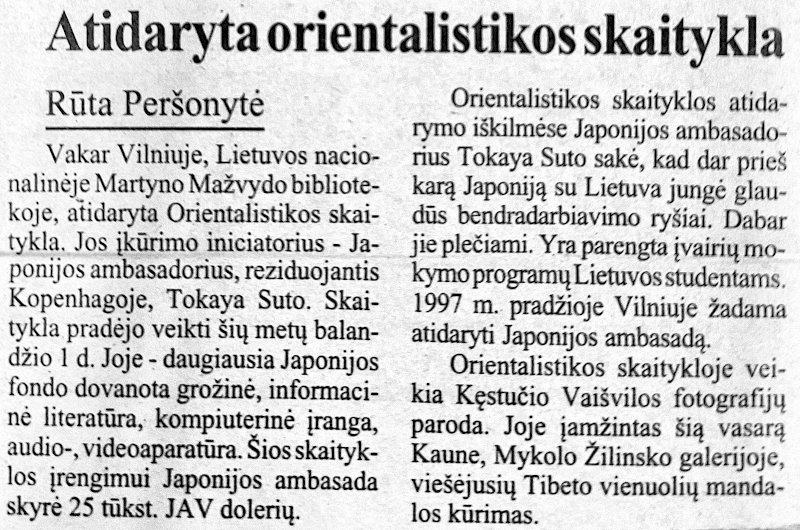 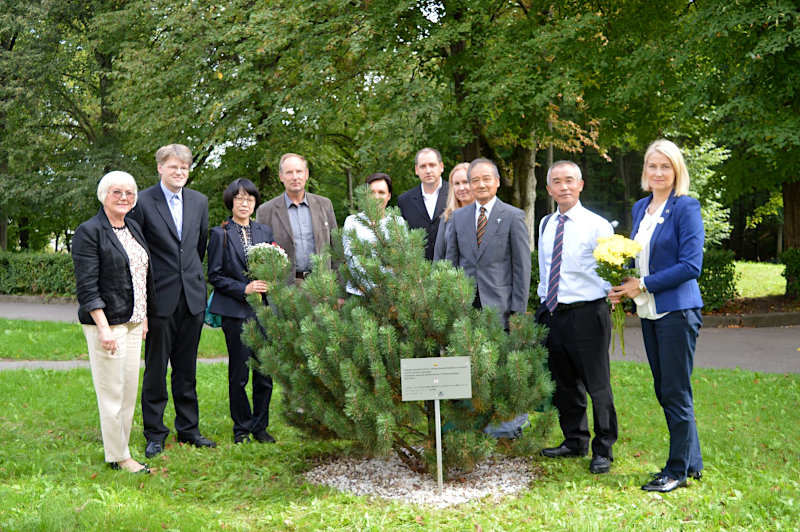 The earthquake and tsunami that occurred in east Japan in March 2011 was the greatest disaster in Japan after the Second World War. After this catastrophe, the Lithuanian people showed that they could unite to collect money and various things as donations to help Japan. Also, people organized charity events to collect funds to support affected areas. Many organizations such as the Lithuanian Red Cross and “Save the Children” collected active donations. Each community was involved: schools, communities, organizations. Finally, many people wrote letters of condolence and expressed moral support.

(delegation from Yaotsu next to a pine tree planted in Aleksotas, Kaunas to commemorate the natural disaster of 2011; Azija LT archive)

This industrial city in Aichi Prefecture has more than 370 thousand residents and is famous as the city of Toyota where industrial production is centered around the production of automotive-related components; also, it is a big port. In 2019 Toyohashi became an official partner of Panevėžys and Panevėžys became the third Lithuanian city to cooperate with Japan (after Kaunas and Klaipėda). 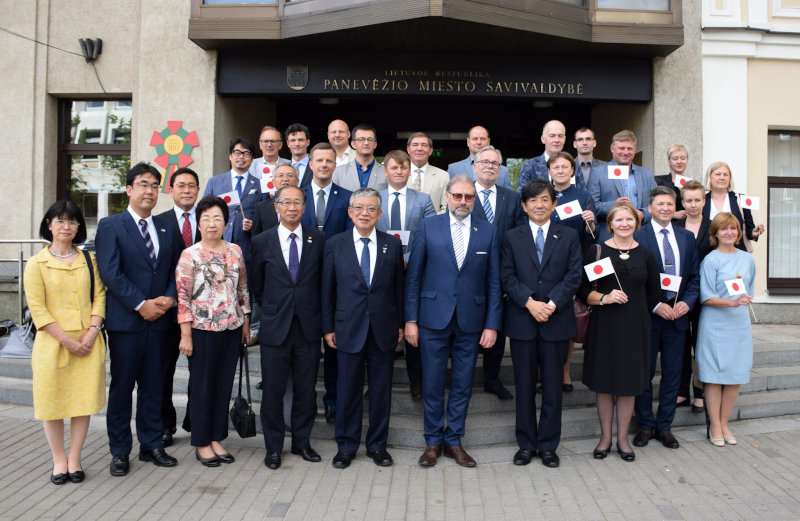 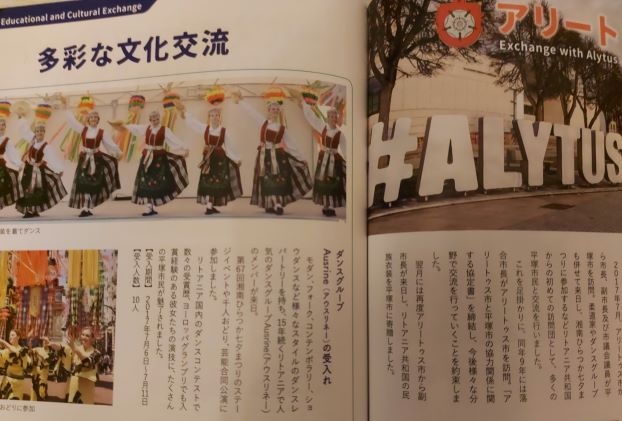 Hiratsuka is a city located in Kanagawa Prefecture, south of Yokohama, which has more than 206 thousand residents. Friendship with Lithuania started while preparing for the Olympic Games of 2020 because Hiratsuka committed to accommodating Lithuanian members of the Olympic family and becoming the Olympic village. Active municipal employees had the purpose of representing Lithuania to residents and encouraging them to support Lithuanian athletes in the same manner as Japanese athletes. In September 2017, Alytus and Hiratsuka signed a protocol of cooperation intentions.

Tsuruga is a port located in Fukui Prefecture by the Sea of Japan and has more than 60 thousand residents. The connection between Tsuruga and Lithuania also developed due to Chiune Sugihara. Tsuruga is the first place in Japan where Jews with Visas for Life got off. The Jews stayed here before they left for Kobe city. Therefore, Tsuruga has the title of the Port of Humanity and there is a big museum representing the history of saved people, including the stories related to Lithuania. 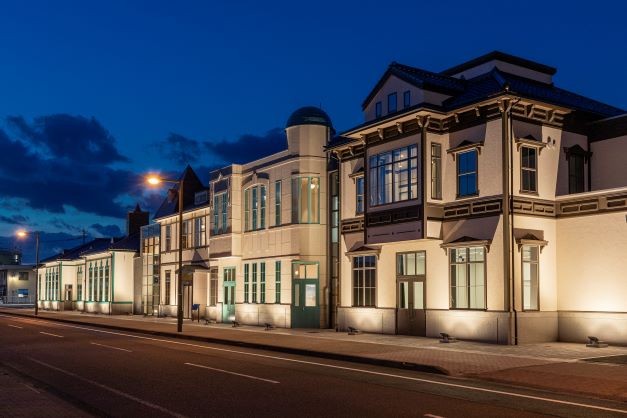 (Humanism Museum in Tsuruga dedicated to the memory of Ch. Sugihara; Municipality of Tsuruga archive) 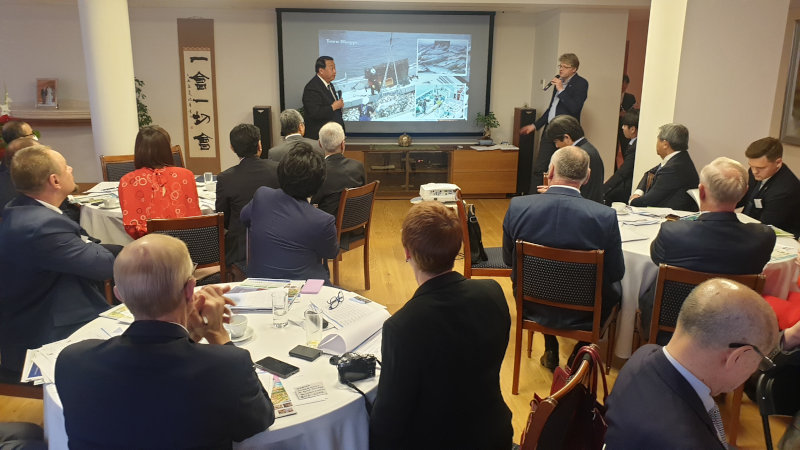 Mukawa is a town located on Hokkaido island and has a population of 8,500. The town is famous for dinosaur remains exhibited in a local museum. Alytus district has a rich geological heritage, fossils and this became a stimulus for friendship. In 2020, mayors Vitalijus Mitrofanovas and Yoshiyuki Takenaka signed the protocol of cooperation intentions, and this was an official beginning of friendship between the two municipalities.